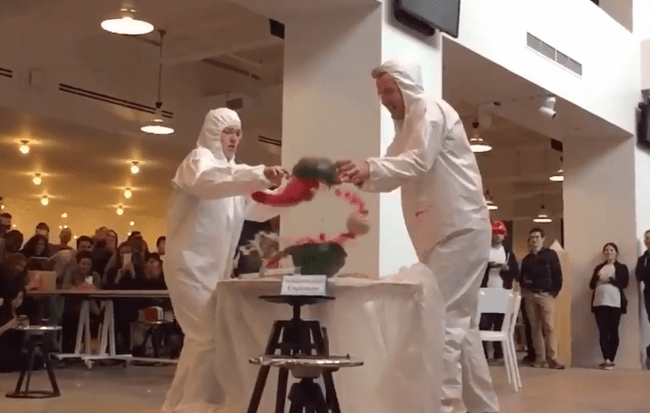 It’s been a pretty slow Friday, which is why BuzzFeed decided to spice things up significantly by finding a very creative way to blow up a watermelon. Even better, they decided to do a live stream of the whole thing in which as many as 500,000 people watched at the same time.

What you are about to see is pointless and stupid… but you will not be able to look away.

DON’T MISS: A man who crushes things with a hydraulic press is 2016’s viral video sensation

How did BuzzFeed blow up the watermelon, you ask? In a very meticulous way that involved placing one rubber band around it at a time. As more rubber bands went around the watermelon, it increasingly got squeezed until it eventually burst. Here’s a 17-second clip of the explosion:

And here’s a mega-slow motion version that lasts a full five minutes:

In all, it took BuzzFeed 686 rubber bands to make the watermelon go pop. Now that they’ve shown how it’s done, you don’t ever have to try it for yourself at home.