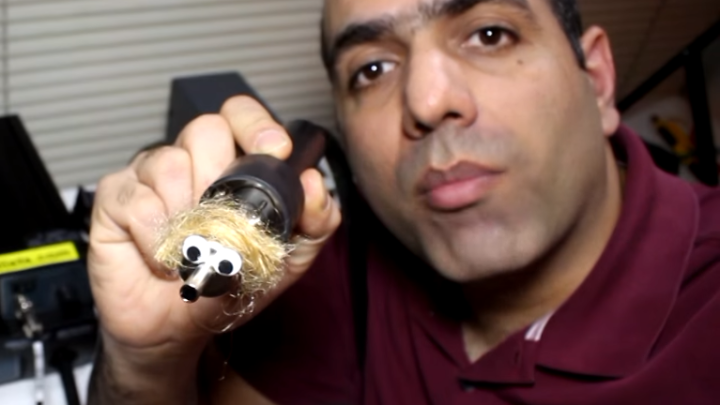 Even people who are talented at making repairs sometimes break things so bad that they’re impossible to fix. The man who runs the YouTube account ElectroBOOM recently had this happen when he blew out its integrated power-management circuit. After concluding that the phone was completely broken beyond all repair, he and his daughter tried to come up with some way to salvage the parts of the device that still worked. What they created was an adorable toy robot whose main body consists of the head of a toothbrush.

FROM EARLIER: HTC’s next iPhone ripoff is looking sleek in new leaked photo

Is this the most sophisticated robot in the world? Obviously not. All the same, I have to give them credit for their ingenuity in salvaging some parts from a broken device. And as the daughter explains to her father, the robot is at least “much better than the cellphone you fixed.”