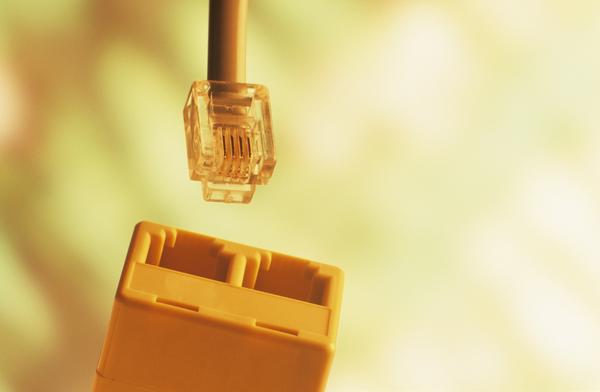 Earlier this week I received a study from the Information Technology and Innovation Foundation, a think tank based in Washington, DC, telling me that I should stop complaining about the competitive landscape of the American broadband market because if I don’t like my cable provider, I can always go over to DSL or LTE for my home broadband needs. Yes, I’m being completely serious. The study actually argues that anyone who claims that “DSL is a poor substitute for cable and that wireless is no substitute at all” is “blind to the nature of technological progress” and only wants “to make the case for regulating broadband as if it were a monopoly.” This is not merely insulting our intelligence, it’s equivalent to ripping out our brain and telling it a “Yo’ mama” joke.

By the study’s own admission, DSL speeds — which it actually describes as “entry level broadband speeds” — range from “256Kbps in remote areas to 3 Mbps… in more populated ones.” For those of you keeping score at home, a 256Kbps connection is actually one-third as fast as the Federal Communications Commission’s minimal standard for what constitutes a “broadband service.” And more importantly, does anyone out there who’s using a 256Kbps connection (or a 768Kbps connection, for that matter) actually feel that they have “broadband speeds” right now?

The study also argues that we shouldn’t obsess too much about building fiber-to-the-home networks for the future since LTE is “capable of supporting streams of 20Mbps and higher for each user,” which means that “the fiber edge (all the way to the home) will not be a critical need for many years to come.” The study also describes LTE as a “technology that’s a credible competitor at the lower end of the broadband speed spectrum and a gateway technology for bringing broadband non-adopters online.”

This all sounds fine until you remember that all LTE services in the United States are capped to some extent. Sprint (S), for instance, only offers unlimited LTE plans for its smartphones; any tablets or laptop dongles face data caps. And the nation’s two largest mobile carriers, Verizon (VZ) and AT&T (T), both have data caps on every LTE capable device, which means you’re limited in how much data you can use per month even if your only connection option is your smartphone. In other words, no one is going to use LTE for their primary home broadband connection if they’re going to get whacked with overage charges after streaming five movies over Netflix.

But that isn’t even the worst part of ITIF’s study. No, that part comes when it impugns the motives of anyone who is at all critical of the American broadband market. First, the study compares critics of American Internet service to Luddites who want “to turn back the clock to the pre-industrial period when, they supposed, things were so much better.” Yes, you read that correctly: The ITIF just compared people who want carriers to invest more in fiber to the reactionaries who longed to dismantle the Industrial Revolution. But there’s more: As Ars Technica’s Cyrus Farivar notes, the study also claims that American ISP critics “are holders of a particular ideology or economic doctrine, which is Neo-Keynesian, populist economic thinking” and are “often not formally trained in economics.”

Ignore for a moment that John Maynard Keynes (a.k.a., the founder of the Keynesian school of economics) is, along with Adam Smith, David Ricardo and Milton Friedman, one of the giants of economic thought. Instead, consider the ridiculous proposition that people who are dissatisfied with their home broadband services are either hardcore ideologues or are economic ignoramuses. Let’s recall that in the American Consumer Satisfaction Index’s list of the 10 companies with the lowest customer satisfaction, four were cable companies. And that in MSN’s most recent annual customer satisfaction survey, the cable industry had the third-worst rating of any industry while the wireless industry had the fourth-worst. And that in the same survey, Comcast (CMCSA) has the second-highest percentage of people rating their service as “poor” among all major American companies, while Time Warner Cable (TWC) had the fourth-highest percentage.

What I’m getting at here is this: There are a lot of people in this country who do not like their Internet service providers and who are clearly unhappy with the choices they have, and I’m willing to bet that the vast majority of them have never cracked open The General Theory of Employment, Interest and Money. Think tanks such as the ITIF would do the public a much better service if they came up with concrete ways for ISPs to improve their customer satisfaction instead of smugly telling us that we don’t understand how good we have it.