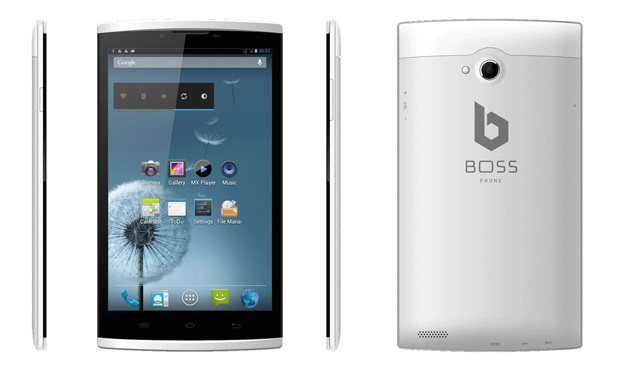 Even though it has a large 7-inch display that’s usually seen on tablets, the Boss is actually a dual-SIM Android smartphone that comes with Tor privacy-enhancing features. Announced at CES 2015, the Boss phone is currently seeking funding on Indiegogo, aiming to reach its $150,000 goal by March 2nd.

FROM EARLIER: The 5 coolest iPhone and iPad accessories unveiled at CES 2015 so far

The Boss phone’s most interesting feature seems to be the included Tor functionality, with the company saying that Boss is the first phone to be built from the root level with Tor inclusion, and thus capable of offering increased security.

“The Boss phone will have rooted Tor encryption for your privacy,” the company says on Indiegogo.

The Boss phone’s price on Indiegogo starts at $275 (for the “first responders”), going all the way up to $355. Assuming the campaign is funded, the Boss phones should be shipped at some point in October 2015.

A video further explaining the abilities of the Tor-enabled Boss phone follows below.