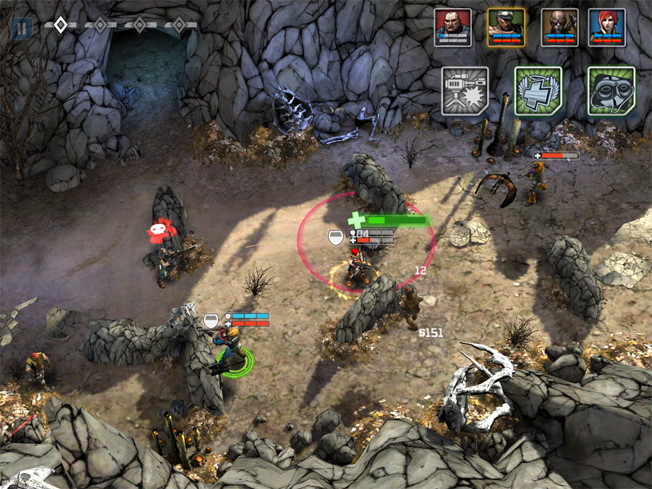 The leaked digital ad nailed it: Borderlands Legends lands on iPhone and iPad on October 31st for $4.99 and $6.99, respectively. What the leaked ad didn’t reveal is that Legends is a top-down shooter and not first-person shooter RPG as its console games are. The game lets players control game characters Mordecal, Lilith, Brick and Roland with touch-based controls as they shoot and loot just like on the console games. And according to Entertainment Weekly’s exclusive preview of the game, there’s a cover system and an in-game shop that lets you manage your weapon inventory.

There’s no video footage yet, but we’ve posted some screenshots below and it looks pretty decent for an iOS game. Hopefully its relatively low price isn’t suggestive of how much content there is in the game.