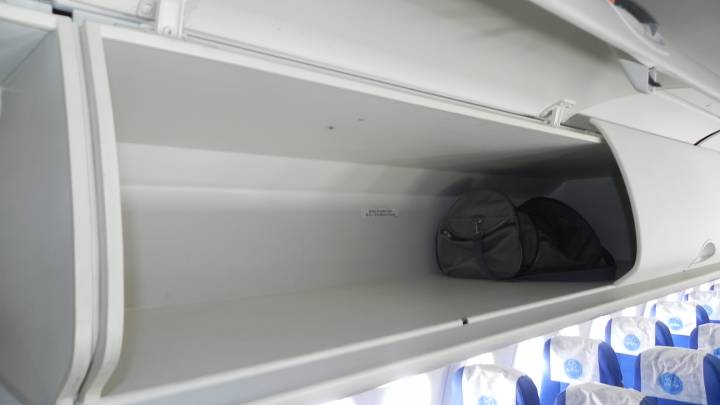 Flying on planes has gotten worse and worse over the years, particularly since airlines now charge you extra to check in your bags. Thankfully, Alaska Airlines and Boeing have decided to make some major improvements to how planes are designed that will open up significantly more space for your to store your bags so you don’t have to check them in.

The Today Show got a look at newly redesigned overhead bins on Boeing’s 737 series of planes that will fit 50% more bags than they could fit before. The way Boeing redesigned these bins was fairly simple: It increased their depth to make it possible to put more bags in vertically instead of horizontally. Essentially, Boeing figured if it could make overhead bins with a depth of just over 14 inches, it could squeeze in 50% more bags than it normally could, provided passengers slot their bags in the compartments properly.

Alaska Airlines hopes to have the larger bins fitted in 50% of its planes within two years and you can be sure that other airlines are looking to follow suit — indeed, The Today Show says seven other airlines are talking about expanding overhead bin size as well.

To see the entire Today Show segment on these wondrous new overhead bins, follow the link below in our source section.