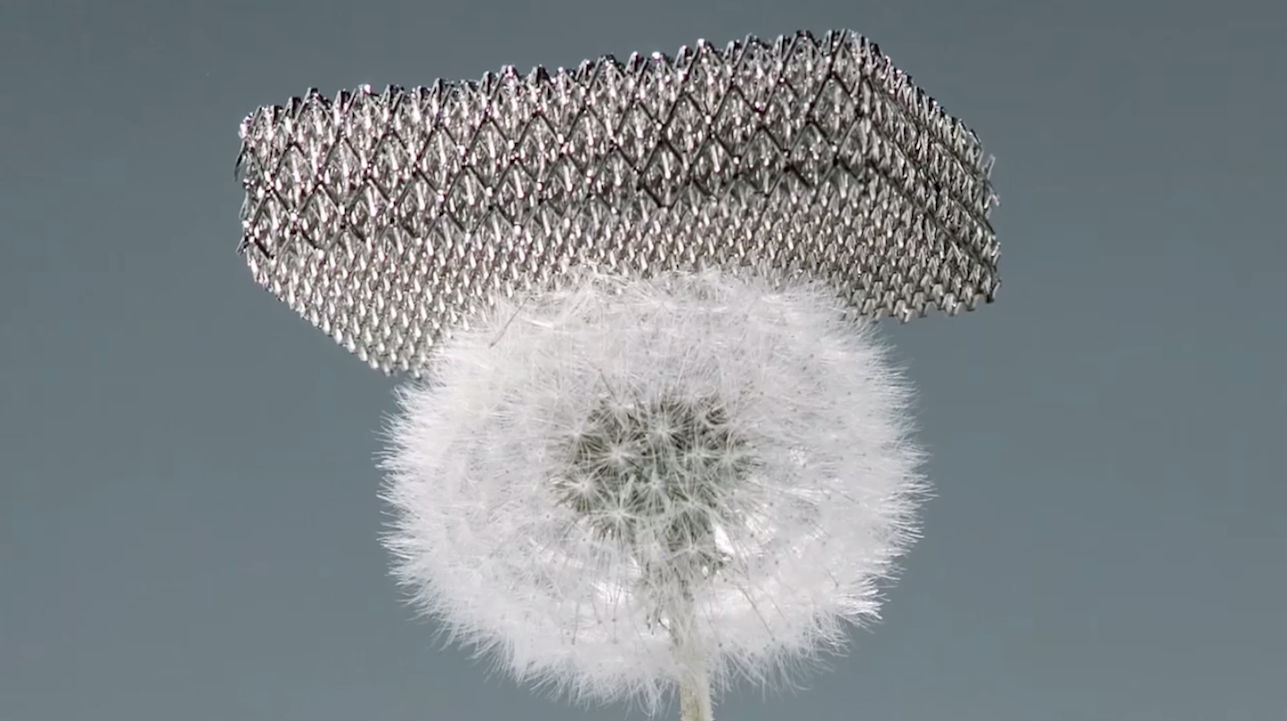 We live in an age of technological marvels, from the computers we carry around in our pockets to the connected homes we live in, but there’s hardly time to sit back and admire our achievements when another one is just around the corner.

Earlier this month, Boeing released a video highlighting “the world’s lightest material,” a metal which consists of 99.99% air. Known as microlattice, the material shares a great deal in common with human bones, which are solid on the outside but hollow on the inside, so that they will remain light while simultaneously being able to withstand significant pressure.

The material was initially developed in 2011 by researchers at HRL Laboratories, currently owned in part by Boeing. According to one of the first reports, “[the] metal-based microlattice structures are significantly less dense than the rarest aerogels and other ultralight foams, while exhibiting high strength and an unexpectedly high ability to absorb energy and recover shape after compression.”

One of the primary applications of the material will be structural components in aerospace engineering. By utilizing microlattice, Boeing could find ways to cut down on the weight of its jets and save substantially on fuel costs.

“It’s really exciting to be able to work with things that we make that can eventually go into a real product that a lot of users can interact with,” says HRL Laboratories research scientist Sophia Yang.