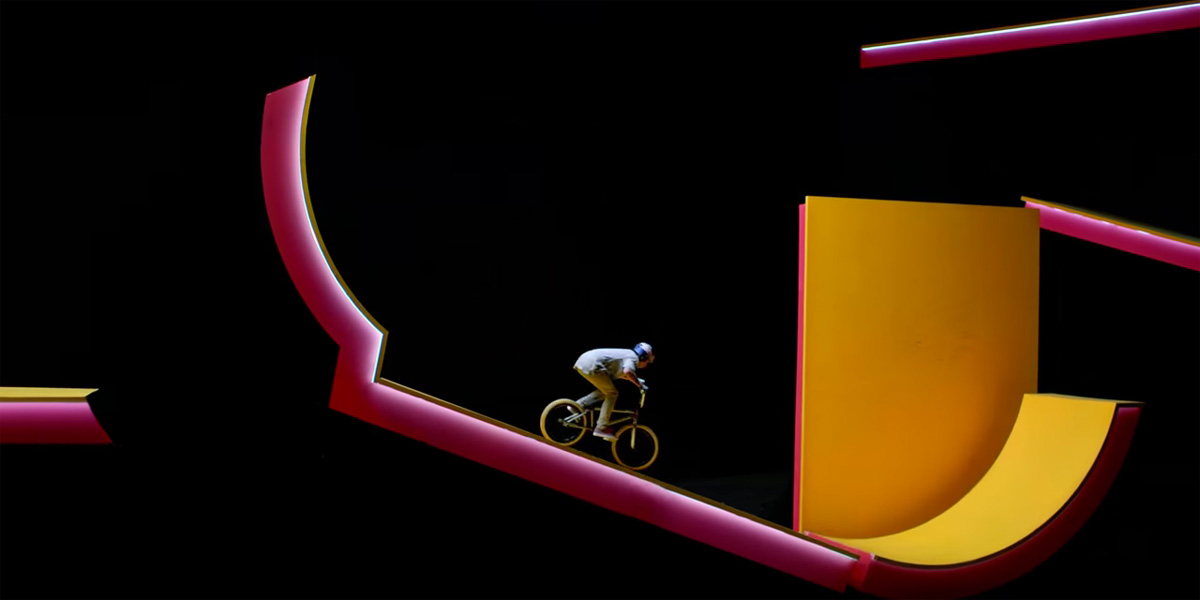 It’s Friday and you’ve managed to fight your way through a tough week, so now it’s time to reward yourself with something fun. Sure you could go out and party, but watching this crazy video won’t leave you with a hangover. Instead, it’ll leave you questioning physics and wondering how long it took to put together what has to be the most insane BMX course of all time.

Kriss Kyle is heralded as one of the most talented BMX riders of all time, and if you’ve ever seen a recent BMX tricks compilation video even in passing, odds are pretty good that Kyle was featured in it at some point. Since Red Bull loves nothing more than to pull off crazy stunts with action sports icons, the company teamed up with Kyle to create what it’s calling “Kaleidoscope.”

As Airows points out, it’s a ludicrous BMX course that basically looks like something straight out of a Sonic the Hedgehog game.

Watch in awe as Kyle defies gravity and absolutely kills Red Bull’s Kaleidoscope course. As you might imagine, the course gets progressively more crazy as the video goes on until finally, you’re not sure anymore whether you’re watching footage of a real person or a video game. Trust us, you’re going to enjoy this one.