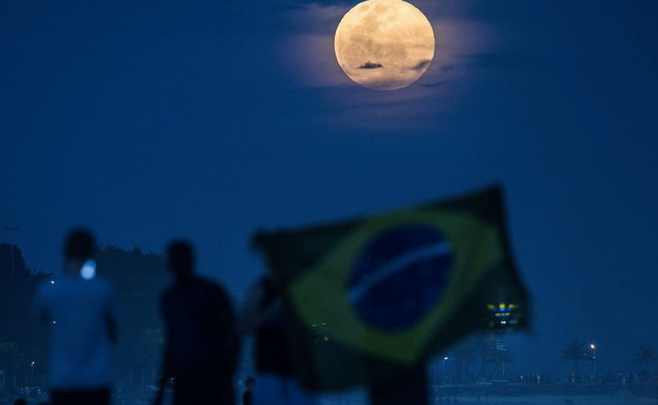 The phrase “once in a blue moon” is meant to describe something that’s very rare, although in reality blue moons happen once every three years or so. And actually, there’s nothing blue about a blue moon — rather, it’s a term used to describe the second time a full moon appears in a given month. The last time we had a blue moon was in 2012 and we’re not scheduled to get another one until 2018.

MUST SEE: We found the ultimate flamethrower that spits fire 50 feet into the air

So why do we call it a blue moon at all if there’s nothing blue about it? A 2012 Sky and Telescope article claims the term was originally part of a colloquial saying that was merely meant to describe something patently absurd.

“The very earliest uses of the term were remarkably like saying the Moon is made of green cheese,” the article informs us. “Both were obvious absurdities, about which there could be no doubt. ‘He would argue the Moon was blue’ was taken by the average person of the 16th century as we take ‘He’d argue that black is white.'”

Ironically, the current connotation of “blue moon” originates a piece of misinformation published by Sky and Telescope all the way back in 1946, in which it said the term was the official descriptor of two full moons in one calendar month. Despite the fact the term had never been used to describe this rare phenomenon, it has stuck anyway. Because, why not?

At any rate, when you see a beautiful full moon up in the sky tonight, you’ll now know why it’s called a blue moon.