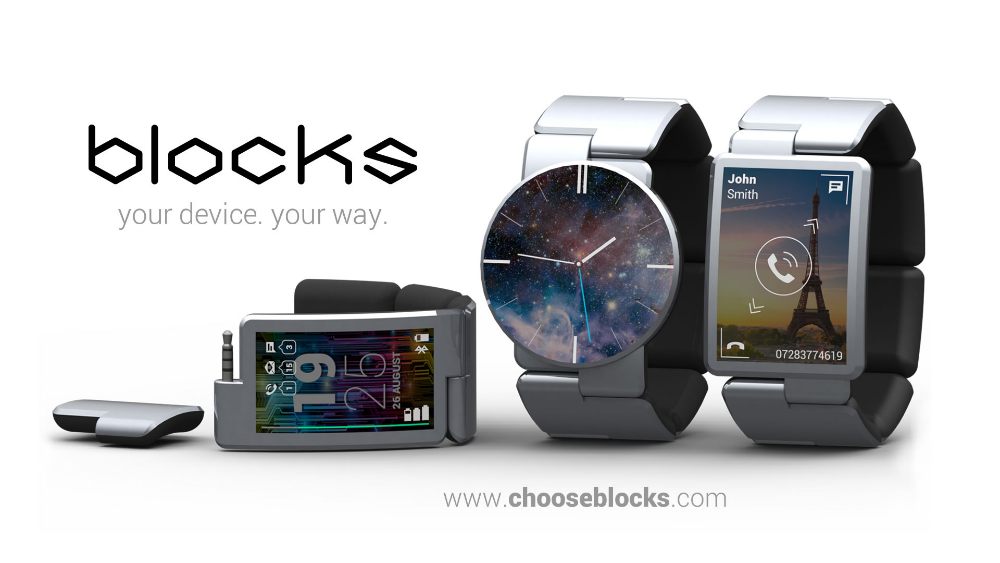 Blocks, the company currently working on modular smartwatches that will one day work with iPhone and Android handsets, is getting closer to launching its first gadget. The company has announced an exclusive membership program that will let 1,000 interested users be the first to preorder version 1 the Blocks smartwatch for the cheapest available price.

FROM EARLIER: Modular smartwatches may one day be just as good-looking as the Moto 360

Starting on October 16th, Blocks will start taking $50 preorders on its website (see source link). The fee will count towards future Block purchases, and more importantly, will secure the super early bird price (cheapest price) for the Blocks smartwatch that’ll be available to order during a crowd-funding campaign set to take place in early 2015. Furthermore, they’ll secure priority shipment and a limited edition fascia for their blocks.

Blocks told BGR that the final price for a core block, which includes the touchscreen display, microprocessor and Bluetooth chip, will be anywhere from $120 to $150, while other blocks will be priced between $20 to $40 depending on their function. While it’s not clear how much a basic Blocks smartwatch will cost during the crowd-funding campaign, the company says super early bird prices will be cheaper than the preorder options available through the crowdfunding campaign.

The company also announced that it has been selected as finalists in Intel’s Make It Wearable challenge, having won so far $50,000 from the chipmaker and competing for a grad prize of $500,000.

A new video posted on YouTube on the official Blocks channel shows what smartwatch fans should expect from future Blocks devices (available below).