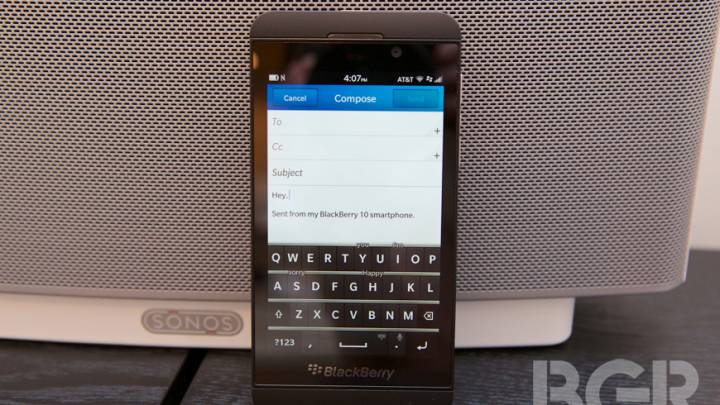 After a brief period of optimism, it seems that financial analysts are once again predicting that BlackBerry (BBRY) is in very big trouble. Per Forbes, Pacific Crest analyst James Faucette has released a research note this week estimating that BlackBerry Z10 shipments will total 275,000 to 325,000 units this quarter, significantly less than Wall Street expectations of 1 million units. Faucette’s estimate is in line with another estimate released this week by Canaccord Genuity analyst T. Michael Walkley, who projected that BlackBerry would ship just 300,000 Z10s on the quarter.

“We believe the Street has gotten ahead of the potential reality for BB10 shipments,” writes Faucette. “There is no line of sight to profitability; we remain sellers of BBRY.”

And it gets worse — Faucette says that to achieve “sustained profitability,” BlackBerry will need to triple or even quadruple current shipment estimates, and adds that he’s “skeptical that BlackBerry has any reasonable path toward achieving these kinds of shipments.” While we won’t know whether this gloomy assessment is accurate until we see BlackBerry’s next couple of earnings reports, it’s certainly not a good sign for the company’s comeback chances.