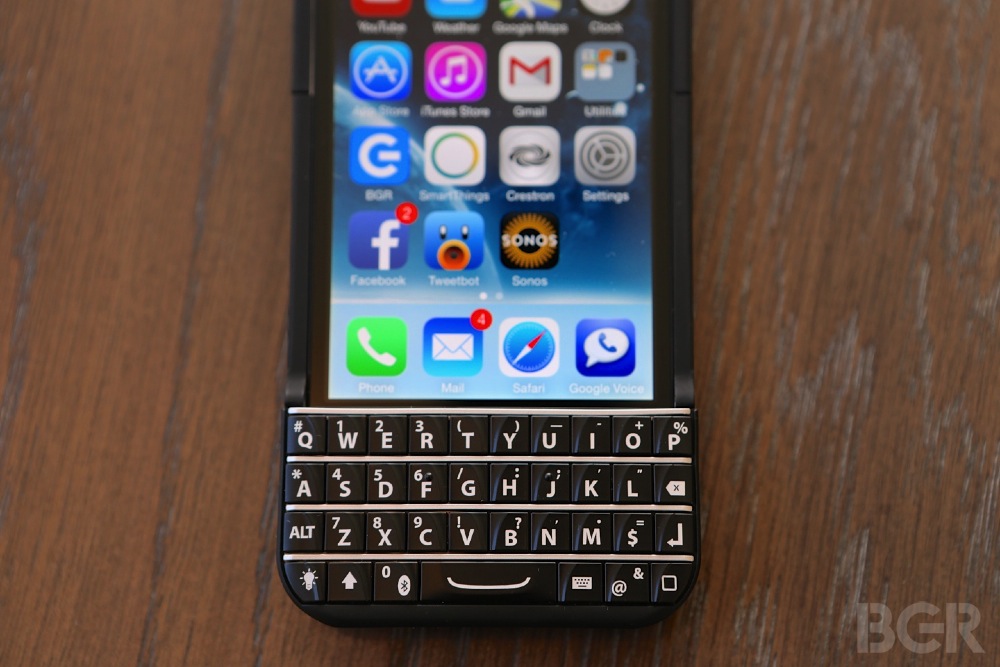 Score a win for BlackBerry. Per The Wall Street Journal, BlackBerry has reached a settlement with Ryan Seacrest’s company Typo in which Typo has agreed to stop selling its smartphone keyboard attachments for any devices whose screens measure in at less than 7.9 inches. Since Typo primarily made keyboard attachments for iPhones, this effectively means it’s game over for Seacrest’s knockoff keyboard.

Seacrest’s company designed the Typo to be an attachment for iPhone users who missed having a physical keyboard to type on. The problem, however, was that it very obviously took a lot of design features from BlackBerry’s iconic keyboards, which prompted an intellectual property lawsuit from BlackBerry last year.

In its argument before the U.S. District Court for the Northern District of California in 2014, BlackBerry claimed that the original Typo’s “blatant copying of BlackBerry’s keyboard presents an imminent threat of irreparable harm to BlackBerry, and that threat is magnified in combination with the significant market power of the iPhone.”

Typo last year tried to evade BlackBerry’s IP suit by releasing a different keyboard attachment that didn’t quite so heavily borrow from BlackBerry’s keyboard designs, but apparently this wasn’t enough.

So long, Typo. Many former BlackBerry junkies who have since switched the iPhone will miss you dearly.