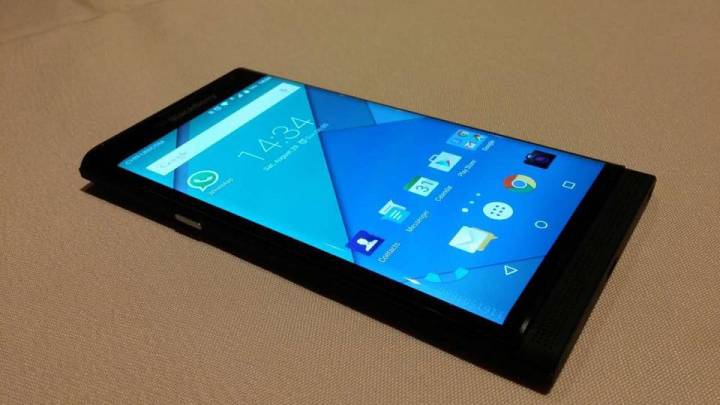 For the first time in years, BlackBerry will actually launch handsets that will actually appeal to someone beyond BlackBerry diehards. After trying various things to make its phones popular with consumers again, the former king of the smartphone business is finally willing to admit defeat – well, sort of – and use Google’s hugely popular operating system for new devices.

One such model is the BlackBerry Venice, and this might be our best look yet at the unannounced device.

Even though it’s going with Android for this particular handset, BlackBerry still thinks that we need physical keyboards. Therefore, we shouldn’t be surprised to see BlackBerry’s iconic QWERTY keyboard pop up in this new leak. Vietnamese tech blog Tinhte scored a slew of high-resolution images showing the handset from a variety of angles.

Interestingly, the device seems to have a Galaxy S6 edge-like curved display, though the slide-out QWERTY keyboard adds unnecessary bulk to the phone ans makes it less attractive than it might otherwise be.

It’s not clear at this time how much the Venice cost, with rumors saying the handset will hit stores in November. However, from the looks of it, it appears that BlackBerry is determined to try everything in order to survive in the cutthroat smartphone business. And the company might make more interesting phones now that it’s willing to give Android a real chance.