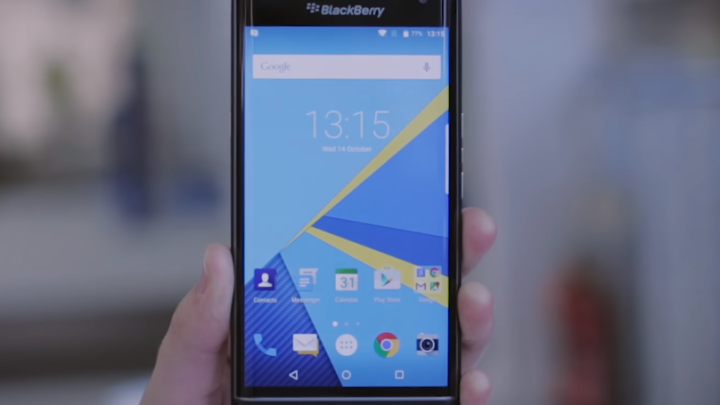 The remaining BlackBerry diehards don’t have a new BlackBerry 10 flagship phone to get excited for this year. Instead, they have the BlackBerry Priv, the world’s first BlackBerry Android phone that promises to bring the company’s first-rate mobile security to the Wild West of Google’s mobile operating system. And on Friday, U.K. retailer Carphone Warehouse posted a short hands-on video of the Priv that shows off some of its key features.

“This phone packs everything you love about Android plus many of the features you know and love from BlackBerry in one smooth, sharp device,” Carphone Warehouse explains in the video.

The video then shows off the Priv’s curved touch display that it compares to the Galaxy S6 edge and its slide-out QWERTY keyboard that also doubles as a trackpad.

As far as specs go, we expect the device will include a 5.4-inch quad HD display, an 18-megapixel camera, a hexa-core 1.8GHz Snapdragon 808 processor and 3GB of RAM. BlackBerry says it should launch the Priv by the end of 2015 and that the device will be available both online and in carrier stores.

Check out Carphone Warehouse’s full video of the BlackBerry Priv in action below.