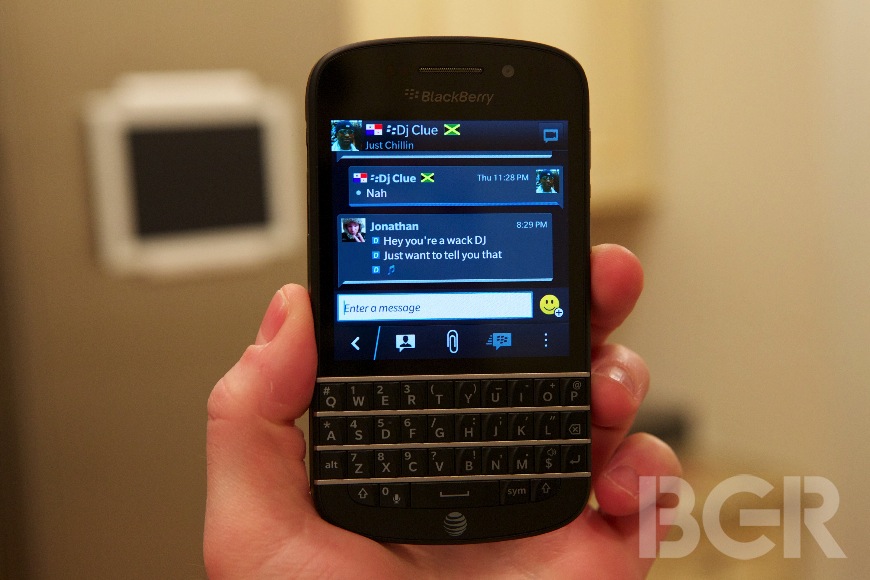 BlackBerry played one of just a handful of key roles that helped shape the smartphone industry as we know it today. But in a story that has become all too familiar over the past few years, the company failed to keep up as the market evolved following the debut of Apple’s iPhone, and it now finds itself struggling to stay alive. BlackBerry continues to struggle globally and it’s even losing ground in a number of key markets that used to be strongholds for the Canadian smartphone maker — but there is at least one market where BlackBerry has not only gained ground recently, it has actually managed to top smartphone titan Samsung.

As reported by ZDNet, market research firm World Wide Worx has found that BlackBerry made significant gains over the past year in the mobile phone market South Africa. The lead analyst on the report is Arthur Goldstuck, who is widely regarded for his research in South Africa.

According to World Wide Worx’s “Mobility 2014” report, BlackBerry’s share of the country-wide cell phone installed base grew five points over the past year, jumping from 18% in 2012 to 23% this year. Samsung’s share of the South African market was even with BlackBerry at 18% last year, but the consumer electronics giant only managed to gain one point over the past 12 months for a 19% share of the market. Samsung’s global growth has been remarkable over the past few years, but its dominance elsewhere seemingly hasn’t yet helped its position in South Africa.

World Wide Worx’s report is based on a survey of 1,200 mobile phone owners in South Africa.