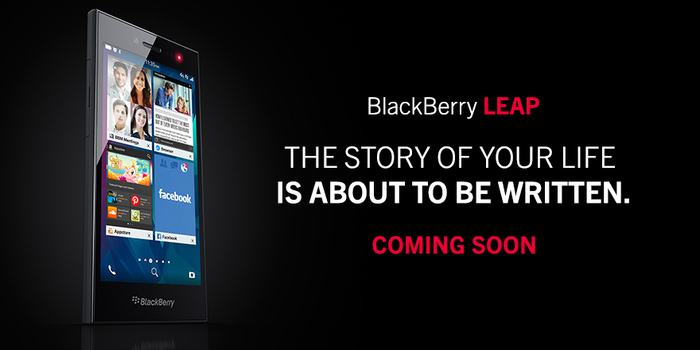 BlackBerry has mostly been concentrating on releasing phones with physical keyboards over the last year but now the company is trying to get back into the market for touch-only devices with its new BlackBerry Leap.

BlackBerry says the new Leap ” is built for those rising stars who value productivity, communication, and take security seriously” and featyres a “modern design, brilliant 5-inch HD display, and battery life that powers through 25 hours of heavy use.” In case you’re wondering, BlackBerry says this “heavy use” claim is based on “heavy usage scenario on a power user profile” and it cautions that other factors, including network connectivity and battery age, may negatively impact battery life.

As far as other features go, BlackBerry is touting the Leap’s touchscreen keyboard as one of the best around since it features “superior error correction, multi-language support, customized adaption, and flow.” BlackBerry is also touting its recent deal to make Android apps from Amazon’s app store available on its devices to show that it actually is possible to get a decent selection of apps on your new BlackBerry phones.

While the BlackBerry Leap is a mid-tier device that likely won’t set the world on fire, BlackBerry did offer a teaser for a device that might be significantly cooler. As you can see in the picture posted on BlackBerry’s Twitter account below, a BlackBerry exec is holding what appears to be a Leap with a slide-out keyboard. This is reminiscent of the BlackBerry Torch that the company released back in 2010 that offered both a touch display and a physical keyboard.

BlackBerry hasn’t given a specific release date for the Leap and only says that it’s “coming soon.” Check out a video of the Leap in action below.