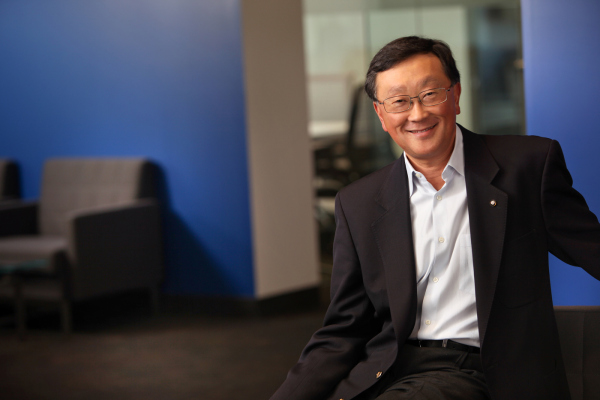 This might be hard to believe… if it wasn’t BlackBerry. BGR is able to confirm that the company’s upcoming handset code-named Jakarta — the one that new CEO John Chen is betting will keep the Waterloo-based vendor of a bunch of two-way pagers with web browsers relevant — actually won’t even have a physical keyboard. This is the one of the only features that people still try to cling to in markets BlackBerry plans to target with the Jakarta. We are also told the handset will run BlackBerry 10, so it looks like BlackBerry 7 will finally be phased out even for the company’s low-cost and emerging market-focused products.

I’m curious what price the Jakarta phone will retail for. Anything above $150 would be suicide — you can buy a decent Android smartphone in emerging markets for $150 or even a little less, and there isn’t a single thing BlackBerry does better than an Android phone.

This is the crux of the problem I have with the new strategy at BlackBerry. It’s one thing to lead people on a fool’s journey about becoming an enterprise-focused company. But to actually believe this company that couldn’t compete for years in the toughest, best smartphone market in America actually has a shot at competing with cut-throat, low-cost Android vendors in a market like Indonesia where BlackBerry’s market share has taken a dive into the abyss over the last couple of years makes absolutely no sense.

There is not one reason why a consumer would purchase a low-cost BlackBerry over an Android smartphone at the same price. The OS is terrible, real push email does not exist anymore, there are no apps, there is no ecosystem, and BBM is available for iOS and Android now.

Oh, and remember, no physical keyboard either.

Actually, I’m not finished. Let’s talk about BlackBerry’s newfound enterprise focus and tear it apart real quick. Yes, I’m sure BlackBerry will have great success in being a device management player for medium to large-sized companies that are willing to invest money and time into a company that probably won’t be able to support these products and services in a year or three. A company that offers solutions that really aren’t any better than other players in this field. Sign me up.