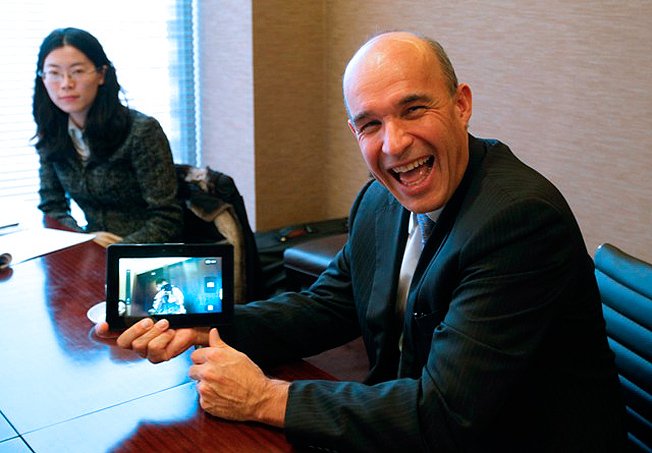 While Research in Motion certainly made many strategic missteps over the years, it never really had a shot at going toe-to-toe against Apple and Google in the consumer smartphone wars. Ex-RIM co-CEO Jim Balsillie on Tuesday gave a talk at The Empire Club of Canada in which he gave a brutally frank assessment of his former company’s downfall as a major power in the phone industry.

As we learned recently in an excerpt from a new book on BlackBerry called Losing the Signal, BlackBerry’s downfall really started with the release of BlackBerry Storm in 2008. Balsillie confirmed that the device had a “100% return rate” for Verizon and that the carrier demanded RIM fork over $500 million as compensation. However, Balsillie also talked about the devastating impact the Storm’s failure had on company morale.

“After the Storm, I knew we couldn’t compete on high-end hardware anymore,” Balsillie said.

Verizon quickly lost faith in RIM’s ability to deliver an iPhone “killer” and it started plugging Android handsets such as the Motorola Droid as alternatives.

Balsillie also revealed that he knew the company’s hardware business was toast and he then pushed for RIM to open up popular messaging service BBM on multiple mobile platforms. However, BBM didn’t actually launch on iOS and Android until 2013, long after he and fellow co-CEO Mike Lazaridis had stepped down.

“People thought we made all our money on handsets,” he explained “But it was really all services money. I wanted us to open up BBM after the Storm to keep that revenue up.”

Finally, when asked which phone he uses now, Balsillie revealed that he not only still uses a BlackBerry Bold but he even still uses the BlackBerry Playbook as his primary tablet as well.