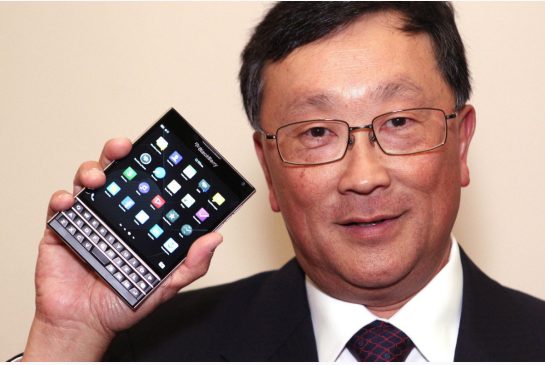 BlackBerry CEO John Chen has always said that he’ll kill off the company’s smartphone business if he can’t consistently turn a profit from selling them. While BlackBerry isn’t at that point yet, CEO John Chen said that there’s no way that his company will keep making smartphones if sales keep declining.

RELATED: So it’s come to this: BlackBerry is reportedly making an Android phone

Bloomberg reports that Chen said during an interview this week that if the smartphone business continues on its current path “for a ‘long time’ and drags down the company’s shareholders and balance sheet, it wouldn’t be right to keep going.” BlackBerry’s smartphone revenues sank last quarter to $263 million, a 31% year-over-year decline.

That’s obviously not good, which is why the next thing Chen tries will be to only release two different smartphones per year instead of the bigger lineup BlackBerry has been supporting for years. Chen has also smartly decided that producing dirt-cheap low-end phones for emerging markets is not the path forward since there’s simply no way BlackBerry can compete with companies like Micromax and Xiaomi.

“It’ll be a high-end phone that you can walk into AT&T and get it, as a professional,” Chen said during the interview. “The low-end phone is not BlackBerry’s sweet spot.”

So buy up those BlackBerry phones while you can, BlackBerry diehards. There’s no guarantee they’ll keep making new ones forever.