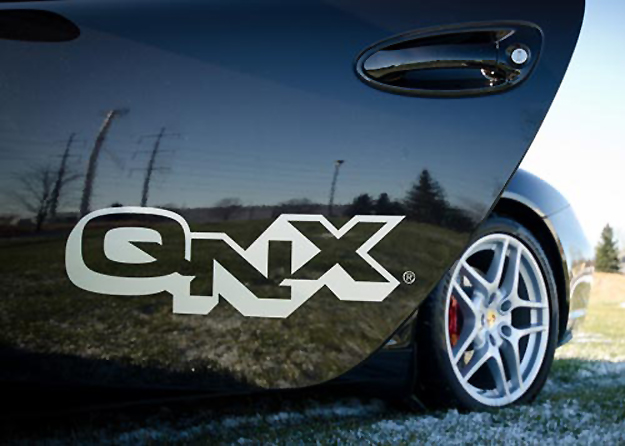 In the (terrible) 2011 film “The Dilemma,” Kevin James stars as an engineer whose wife is cheating on him. Co-star Vince Vaughn plays the best friend and business partner who catches James’s cheating wife and has to decide whether or not to rat her out. Why wouldn’t Vaughn just come out with it? Because he needs James to focus on completing a project that will land their company the contract of a lifetime. The project in question involves the creation of a system for a major automaker that would duplicate the sound and feel of a classic muscle car engine in an electric vehicle. And now, life is imitating art as BlackBerry-owned QNX showcases a system at this year’s International Consumer Electronics Show that imitates James’s fictional creation.

The technology, dubbed simply “engine sound enhancement,” is designed to enhance the driving experience in modern cars that have quieter, tamer engines compared to the powerhouses that were popular in the past. QNX has developed a system similar to some existing solutions that will look to help erase the tradeoff with newer fuel-efficient cars by imitating the sound of a throatier engine.

According to The Canadian Press, the system utilizes the car’s interior speakers to produce artificial engine noises for passengers, but it also uses separate speakers to play the sounds for people outside the car. The system is capable for producing different types of engine sounds for different automakers depending on their requirements.

BlackBerry acquired QNX in 2010 and used its software as the basis for the BlackBerry 10 operating system. QNX is still used to power automobile infotainment systems as well, however.