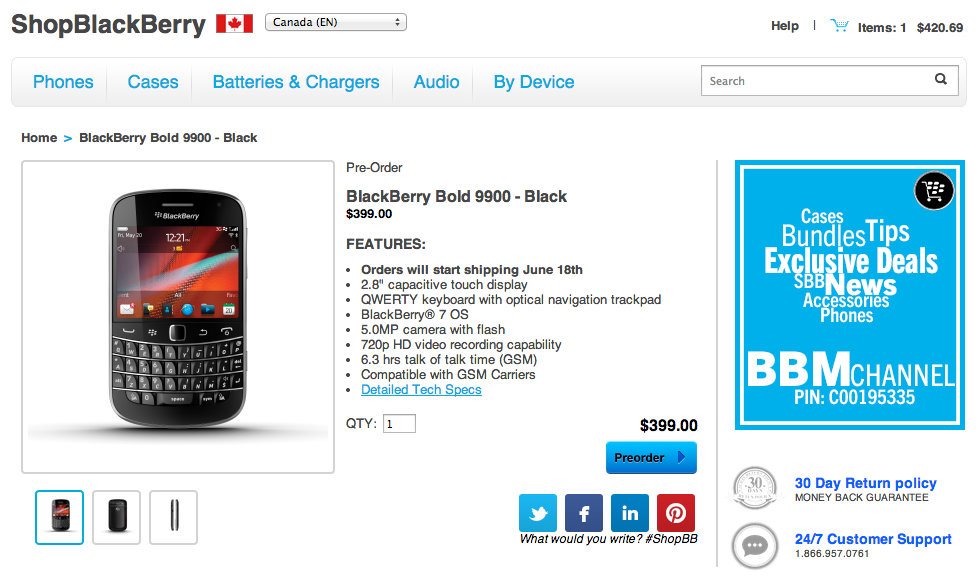 The BlackBerry Bold 9900 was the coolest cat in RIM’s yard back in 2011, but those days are long gone. Since then, the company has changed its name to BlackBerry and lost nearly all its smartphone market share, as consumers have moved to competing platforms including iOS, Android and Windows Phone. However, new CEO John Chen is not ready to throw in the towel, and has a new smartphone available for pre-order, the brand new… BlackBerry Bold 9900?

Just as previous rumors indicated, the Bold 9900 wants to make a miraculous return and the phone is currently listed on the company’s website as available for pre-order. The price? An incredible $399 for a three-year-old handset that was already dated when it launched. The company says the phone will be launched later this month, offering a June 18 ship date on its pre-order page.

It’s not often that a phone review is relevant almost three years before a phone starts selling, but BGR has you covered: follow this link for the full BlackBerry Bold 9900 review. In case you’re considering buying one of these, there’s still time to change your mind.

A second image from the Bold 9900 checkout process follows below.