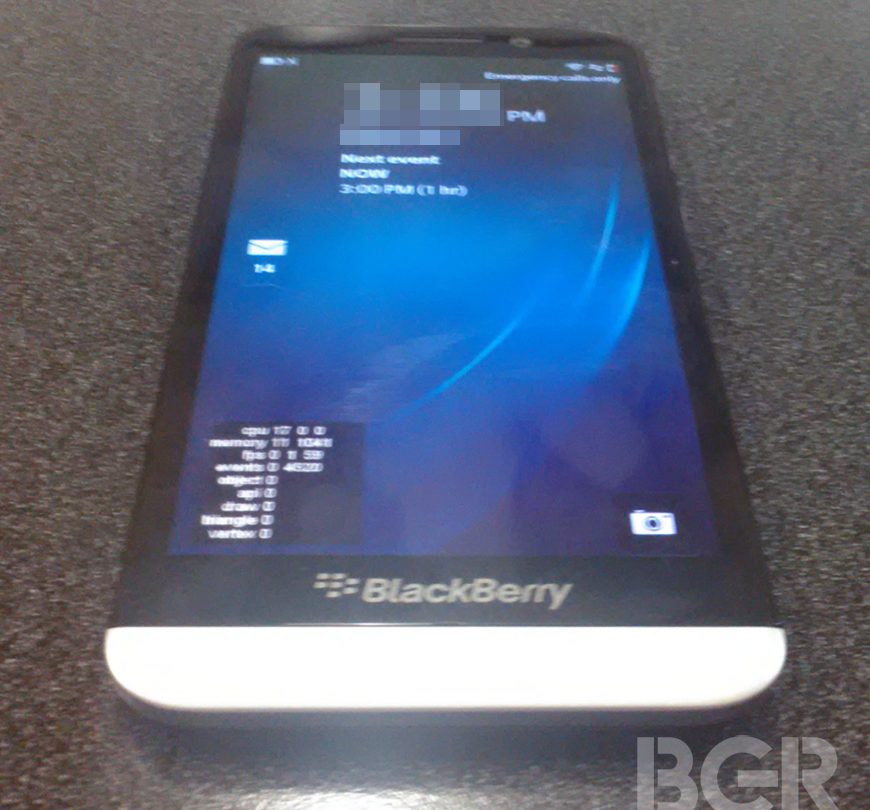 The BlackBerry A10, which BGR exclusively revealed in a recent leaked photo, has surfaced again. CrackBerry points us to new pictures sent out through the Twitter account of Vietnamese user @nvthanh1994 that show both the front and the back of BlackBerry’s upcoming flagship smartphone. CrackBerry notes that while the pictures don’t show us anything that we haven’t already seen before, we do see more clearly that “the back of the device seems to be a bit more rounded toward the sides and not as flat as we had thought.” Rumored specs for the BlackBerry A10 include a 5-inch display, a 1.7GHz dual-core Snapdragon S4 processor, an 8-megapixel rear camera, a 2-megapixel front-facing camera, 16GB of internal storage, LTE connectivity, a 2,800 mAh battery, NFC, a microSD slot and BlackBerry 10.2. The leaked pictures of the A10 follow below.