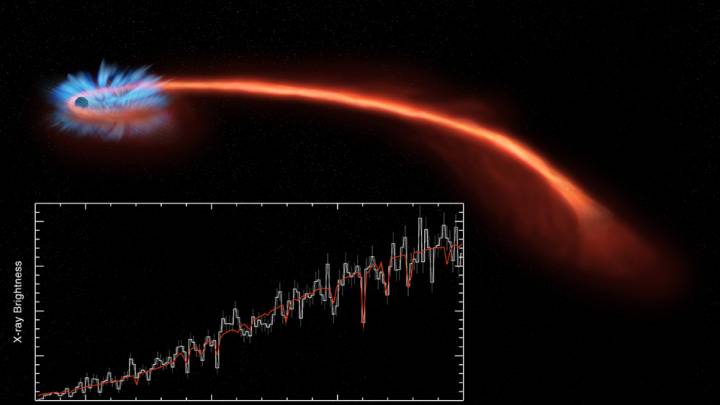 For Star Wars fans, the Death Star needs no further introduction. For anyone else, the Death Star is a planet-shaped space station capable of destroying entire planets. But there’s an actual phenomenon out there in space that really is capable of mass destruction: a black hole. Most recently, the characteristics of black holes were explained in the movie Interstellar, though not in a scientific manner.

NASA has actually been able to observe a black hole in action, and it even captured the moment when a black hole tore through a star. Using that observation, the space agency put together an animation that shows what a black hole would do to a star like the Sun.

The animation in the video below is simply mesmerizing. The star is sucked into the black hole, and the visual effects are fantastic. Sure, these are special effects created as an illustration, but a similar experience has already been observed by three independent X-ray telescopes.

Called ASASSN-14li, the black hole-star interaction is located in the center of a galaxy 290 million light years away from our galaxy, and the system has a total mass of a few million Suns.

Researchers studying the phenomenon observed a stellar debris disc around the black hole that appeared when the passing star was destroyed. The debris was heated up to millions of degrees, which gave it a bright X-ray glow. Researchers have also observed powerful winds moving outward from the black hole, created by gasses expelled at high speeds from the hot debris.