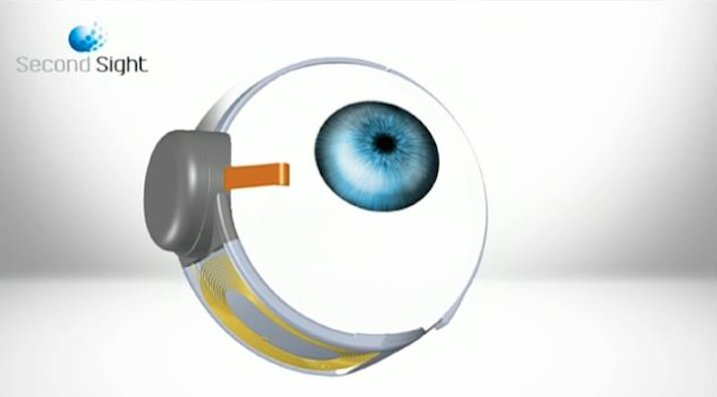 After 13 years of darkness, Carmen Torres has received a miraculous bionic eye implant that can restore her vision. The device won’t actually allow her to see as she did before the implant, but she’ll be able to discern between light and darkness, something that wasn’t possible for her in the years preceding the intervention.

A hereditary eye disease called retinitis pigmentosa started chipping away at Torres’ eyesight starting 40 years ago when she was 18. By the time she reached 45 she was completely blind, the Miami Herald reports.

“When you lose your vision, you feel like something has been stolen from you. You are in darkness all the time,” Torres said. “But now I have an additional tool that gives me more confidence in my daily life.”

Last November she went in for eye surgery to install the Argus II Retinal Prosthesis System.

Torres was very happy with the surgery. “It was very emotional, but I’m very strong. I didn’t cry. I was laughing, and I was just laughing like crazy,” she told reporters.

The device has multiple components, including a sensor array inside the eye, and special glasses that have to be worn at all times. The glass captures light from the patient’s surroundings and translate them into electrical impulses that are fed over Wi-Fi to the receiver in the eye, which in turn can deliver that information to the retina. The brain can then interpret the impulses as light that the patient can see.

The procedure received FDA certification only in 2013, and only about 100 patients in the world have received the treatment so far. The device won’t actually bring back 20/20 eyesight to patients, but it’s a promising start for patients with eye problems.

“You have to know what light is there. It is very hard to identify the kind of light for every object that you see,” Torres said. “It’s like learning a new language.”

A 7News interview with Torres and her doctors follows below, including a demo of what vision from her bionic eye implant looks like.