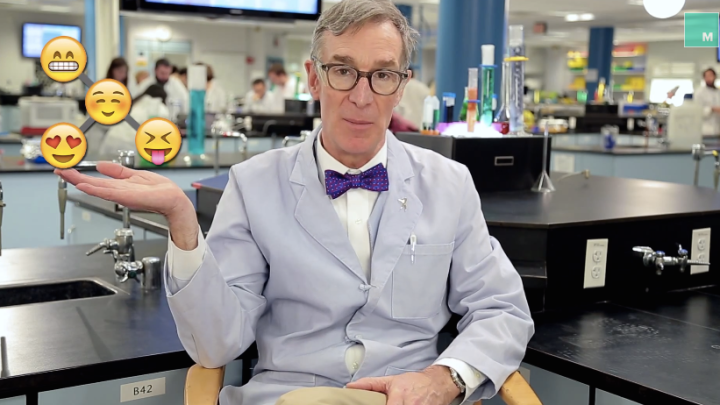 Although the theory of evolution is widely accepted within the scientific community, it still faces some resistance from religious fundamentalists who want children to learn that the entire universe was created over the span of a week roughly 6,000 years ago. To help make evolution simple to understand, the brilliant Bill Nye has put together a video explaining the very basics of evolution with the help of emoji.

MORE SCIENCE: NASA’s brilliant ‘All About That Space’ video is the best thing you’ll see today

In the video, Nye uses various emoji to represent molecules that began to self-replicate billions of years ago and eventually evolved into more and more complex organisms. The key, though, is that these molecules weren’t able to reproduce themselves perfectly, which over time lead to a wider diversity of organisms, from single-cell bacteria to multicellular organisms.