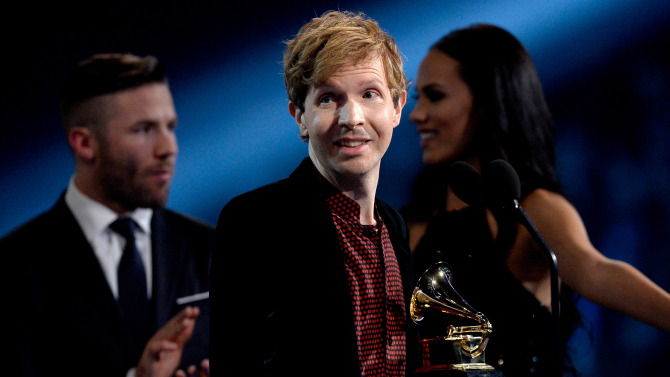 Both Beyoncé and Beck put out great albums last year, which is why we understand why a lot of people felt Beyoncé really deserved to win this year’s Grammy for Album of the Year. That said, Kanye West went way too far in his remarks after the awards ceremony when he said that giving Beck the award was an insult to “artistry.”

FROM EARLIER: Watch Kanye make a total ass of himself at the Grammys

Beck isn’t exactly Milli Vanilli — on his latest album, he’s credited with playing more than a dozen different instruments, including dulcimer, glockenspiel and ukulele. In other words, if you’re going to slam another artist for not having the “artistry” of Beyoncé, Beck is probably the wrong person to pick on.

This is why we were happy to wake up this morning and see that an innovative SoundCloud user had created a “can’t-we-all-be-friends” mashup of Beck’s breakthrough hit “Loser” and Beyoncé’s epic smash “Single Ladies (Put a Ring on it).” Even though the tracks were released more than a decade apart, we found that this mashup works a lot better than we ever expected.