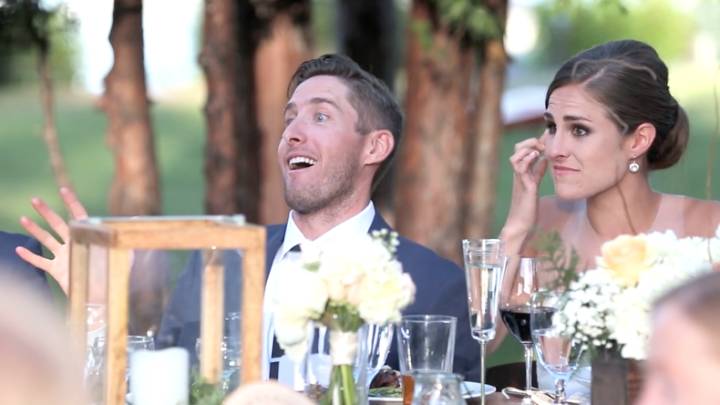 Caitlin Hallerman is a just-married woman who happens to have two incredibly creative and bold sisters. Kelsey and Maddie took the spotlight at their sister’s wedding to give their own toast. And instead of the regular speech about love and marriage that you expect to see, they did something entirely different: they sang for five minutes straight.

The sisters chose a variety of well known songs, and changed the lyrics to be about Caitlin. You’ll recognize Tracey Chapman’s Give Me One Reason, Jackson 5’s I Want You Back, Backstreet Boys’ Everybody, Michael Jackson’s Black or White and gospel hymn O Happy Day in the clip. And the result is hilarious, so see it right now – unless you’re at a wedding right now, in which case you should really turn your smartphone off.