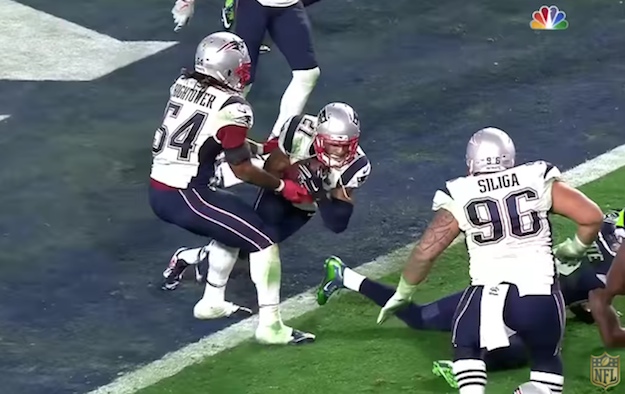 In just about an hour, Super Bowl 50 will kick off as the Denver Broncos will attempt to pull off a major upset by defeating the rolling and seemingly unstoppable Carolina Panthers. While Cam Newton and the Panthers are heavy favorites, sources from within Denver over the past few days have indicated that Peyton Manning’s arm is stronger than it’s been in weeks, which if true, might provide us with a closer game than many analysts are anticipating.

DON’T MISS: This must be the sketchiest iPhone 7 rumor we’ve seen yet

Of course, it’s the close games that make the Super Bowl the compelling spectacle that it is. While blowouts are enjoyable for fans of the winning team, nothing quite captures the universal attention of all fans than a game that goes right down to the wire, and in some cases, down to the last play.

In light of this, the NFL recently put together a video highlighting the top 10 Super Bowl finishes of all-time. Their order is a little bit suspect, but here’s how they have it listed.

John Elway’s 8-yard run and helicopter dive towards the end of this game helped set up Terrell Davis for the go-ahead touchdown.

The Rams stop Kevin Dyson at the 1-yard line just as time expires.

While a missed field goal at the end of the game is exciting, it’s not quite as enthralling as a field goal attempt that actually wins the game at the end of regulation. In this game, kicker Adam Vinatieri nailed a 48 yarder to secure the Patriots victory over the Rams.

Adam Vinatieri strikes again. In this game, Vinatieri drilled a 41 yard field goal against the Panthers with just 4 seconds remaining to secure the Super Bowl victory.

This Super Bowl pit brother vs brother, with coach Jim Harbaugh of the 49’ers going head to head against his brother John, coach of the Baltimore Ravens. This was an exceedingly exciting game all the way through, and culminated with the 49’ers failing to convert on fourth and goal, ultimately handing the victory to Joe Flacco and the Ravens.

Ah, the helmet catch. The Patriots could easily have another Super Bowl title to their credit were it not for David Tyree’s remarkable reception that involved him trapping the ball between his hand and his helmet.

During a game winning drive for the ages, Santonio Holmes caught 9 passes including the game winning touchdown.

The most exciting Super Bowl in recent memory, and perhaps of all-time, the New England Patriots just barely squeaked by the Seahawks after Malcolm Butler picked off Russell Wilson at the goal line. Should the Seahawks have handed it off to Marshawn Lynch instead? Hindsight is 20-20, but this still seems like the obvious play call Pete Carroll should have gone with.