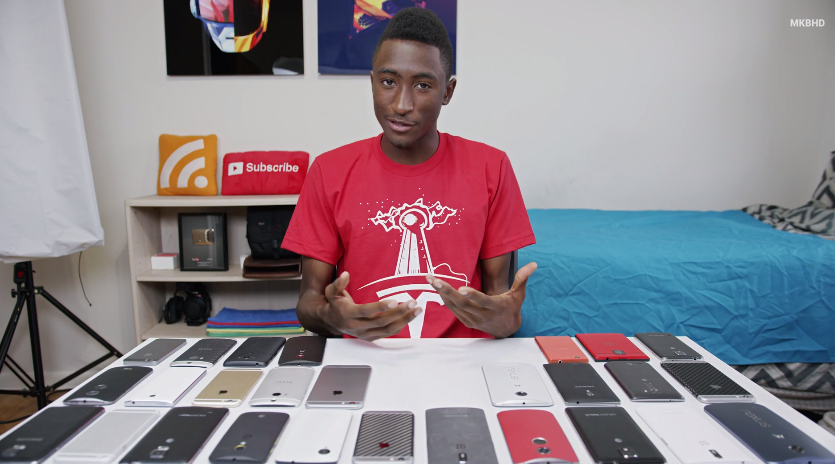 Marques Brownlee has earned a lot of well deserved praise for his terrific gadget video reviews and now he’s put out another one that takes us back through the year that was in smartphones. At the end of the day, Brownlee lists the HTC One (M8) as the year’s best overall phone, followed by the 2014 Moto X, the iPhone 6 and the LG G3.

RELATED: The sleekest Android phone of the year is getting a massive upgrade next year

Regarding the highly acclaimed One (M8), Brownlee called it “an all-around winner from HTC” and “an improvement in almost every way from the M7.” Brownlee said that he prefers the Google Play Edition of the device, which runs on stock Android and doesn’t feature HTC’s Sense overlay. That said, HTC is best known for designing hardware not software, so that really does seem like the way to go for hardcore Android fans.

“If you look at the list of phones I had my main SIM card in during 2014, the Google Play Edition One (M8) was my daily for the longest duration,” Brownlee said. “For most of the year I could come back to this phone after using anything else just to come back to the ridiculously fast, solidly built, BoomSound-wielding, sharp, bright, long-lasting smartphone that this is.”