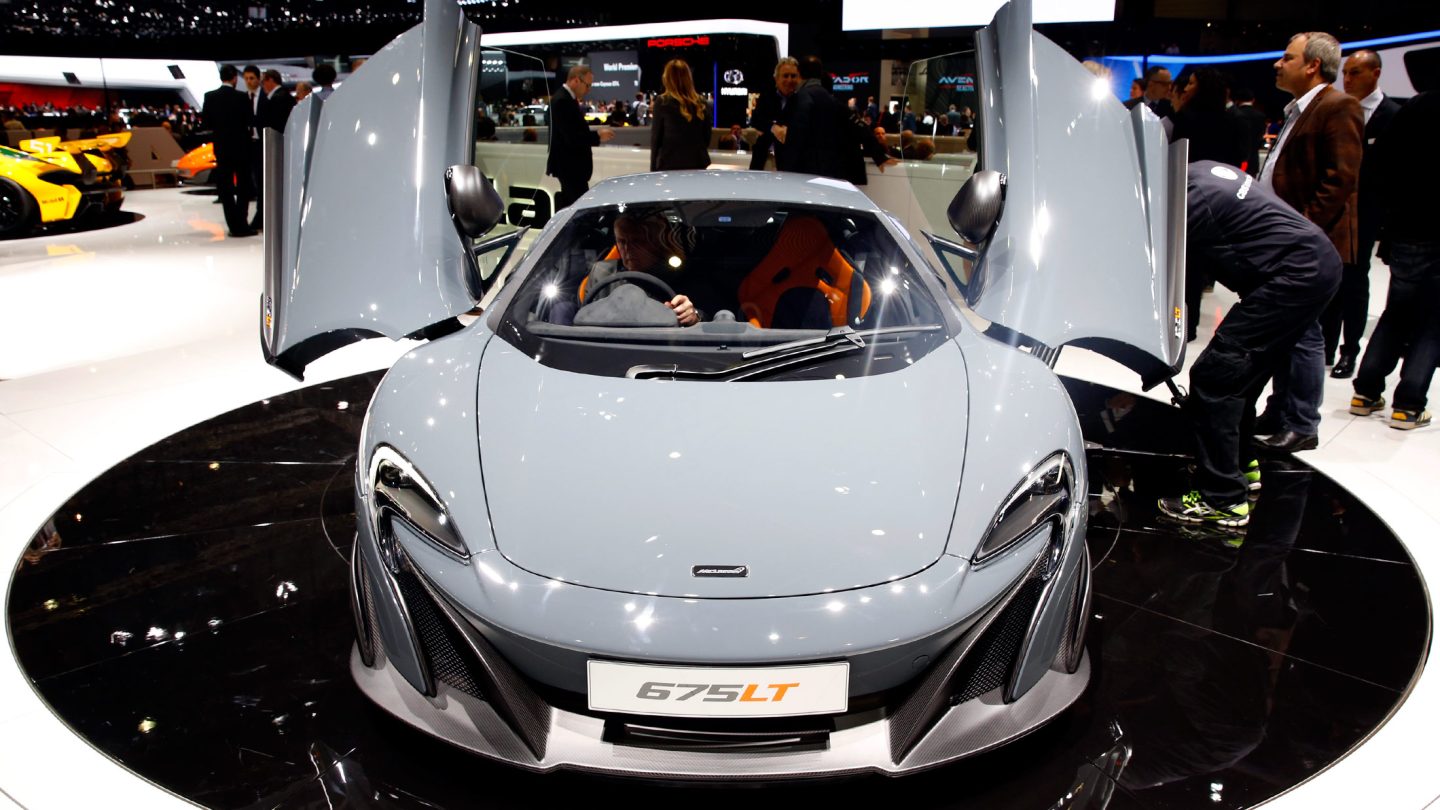 There are plenty of auto shows around the world each year, and each of the big ones has generally developed a unique reputation as far as what car fans should expect. In the case of the annual Geneva Motor Show, people expect to be blown away by exotic cars that most people will likely never even see in person, let alone own.

This year, the Geneva show did not disappoint. There are tons of sleek and sexy cars to salivate over, so narrowing the list down to a handful of particularly drool-worthy cars is an absolute necessity.

We sat down to begin paring all of the Geneva announcements down to a handful of the best and most beastly cars the show has to offer this year, but it turns out that Bloomberg already did a pretty terrific job.

From the many, many sleek new cars shown off in Switzerland this week, Bloomberg narrowed things down to just 12 cars that represent the cream of the crop — and it’s hard to argue with any of the site’s picks.

Among them are the 666bhp McLaren 675LT, which touts a top speed of 205mph and can do 0-62 in just 2.9 seconds; the elegant Ferrari 488GTB, which is something of a throwback to models of years past; the Aston Martin Vulcan, which the company bills as its “most extreme supercar” ever; and the Bugatti Veyron La Finale, a 1,200bhp open-top version of the widely known and drooled-over Veyron.

A few photos follow below and the rest can be seen by following the link down in our source section.