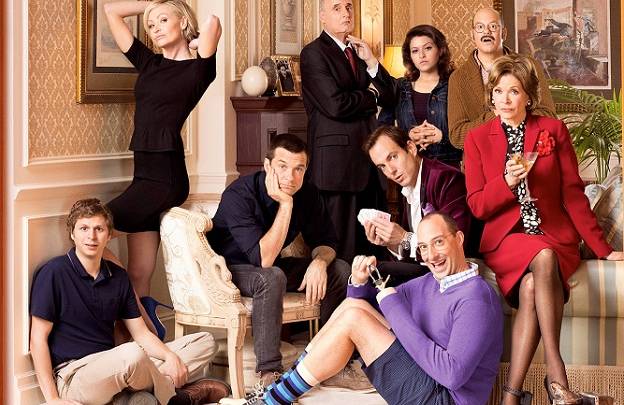 One of the great things about Netflix is that it provides users with quick and easy access to an extensive catalog of TV shows that are no longer on the air. And with TV lovers cutting the cord in increasing numbers, Netflix, for many people, remains their only option to check out some great TV shows that they might have missed years ago.

While Netflix itself does a decent job of providing show recommendations, it could stand to be a little bit better. Sure, it might ably recommend Louie because I watched Master of None, but trying to find a new show to enjoy when you don’t even know where to begin can be an exercise in frustration.

Well, if you’re in the mood to check out some of the best comedy shows Netflix has to offer (including Netflix originals), look no further. Listed below are the top 15 comedies currently available and streaming on Netflix

In its heyday (the mid-2000s), it really didn’t get any better than The Office. Though the show became a shell of its former self once Steve Carrell left, the first seven seasons are pure gold.

Though beloved by critics, Arrested Development was never a ratings juggernaut when it initially aired on FOX. Nonetheless, you’d be hard pressed to find a show with a higher jokes-per-minute ratio than Arrested Development. Not only that, the show set a new bar for clever and quick-witted humor that can only be rivaled, arguably, by 30 Rock.

Much like Arrested Development, 30 Rock was beloved by critics but never really became the ratings success it deserved to be. In addition to a great cast of characters, led of course by the one and only Tina Fey, the fast-paced comedy delivered so many laughs so quickly that you were likely to miss something brilliantly witty if you turned away even for a minute.

Friends is one of those rare shows that was able to deliver the laughs while also being a ratings powerhouse. As is typically the case, the show quality dropped quite a bit towards the later seasons as the writers seemingly struggled to come up with compelling storylines. Nonetheless, if you happened to miss this great ensemble when it originally aired, it’s well worth checking out.

A Netflix original, this animated cartoon is reportedly Netflix CEO Reed Hasting’s favorite show. It’s a bit of a wacky premise — a universe where animals talk, walk, and co-exist with humans as equals — but it’s wildly irreverent, smart, and funny.

Built in the mode of The Office, Parks and Recreation only seemed to get more popular with each passing season. As far as episode quality goes, Parks and Rec had a pretty high batting average and featured a great ensemble cast of characters.

Netflix doesn’t have every season of Louie just yet, but it does have the first four which are definitely worth watching. Not every episode of Louie is designed to deliver the laughs — indeed, some episodes veer towards the dark and poignant end of the spectrum — there is nonetheless something inherently funny about watching Louis CK just going about his day-to-day life in New York City.

Yes, it’s a cartoon. And yes, it takes place in the future and features a talking lobster and a loudmouth robot, but Futurama is as funny and smart as The Simpsons in its prime.

Starring Aziz Ansari, of Parks and Rec fame, Master of None is rightfully being lauded as one of the best new shows of 2015.

If you’re looking for a laugh out loud funny show where, quite literally, anything goes, you can’t go wrong with It’s Always Sunny in Philadelphia

Portland. Hipster nonsense. It’s all perfectly encapsulated in this classic scene from the show’s first season.

And rounding on the list, we have these shows rounding out the final 3 slots: