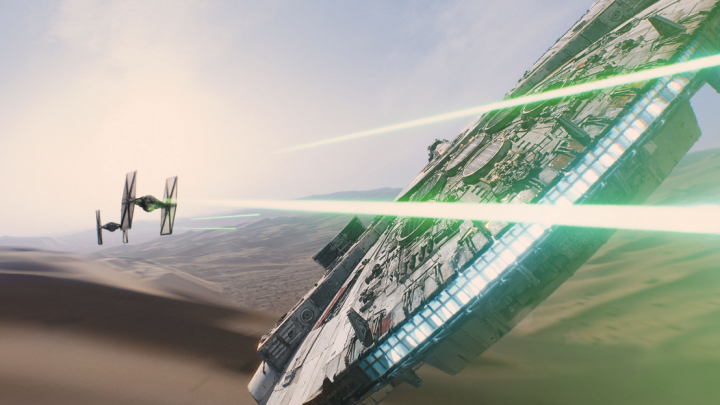 Other than one surprisingly spectacular failure, it’s been a pretty great summer for movies. Age of Ultron put an explosive bow on the second phase of the Marvel Cinematic Universe, Mad Max: Fury Road revitalized a franchise and Inside Out made us believe in Pixar magic again.

But now it’s time to look ahead to the fall, when some of the most anticipated movies of the decade are scheduled to hit theaters.

DON’T MISS: 15 of the best movies on Netflix that you’ve probably never heard of

After taking a break from space following the release of Prometheus, Ridley Scott is returning to the cosmos this fall in order to bring best-selling novel The Martian to the big screen. All you really need to know about this movie is that Matt Damon gets stranded on Mars. Serves him right for what he did in Interstellar.

Bridge of Spies is Steven Spielberg’s first film since 2011’s Academy Award nominated Lincoln. It stars Tom Hanks as “an attorney who finds himself thrust into the center of the Cold War when the CIA sends him on the near-impossible mission to negotiate the release of a captured American U-2 pilot.”

Bill Murray isn’t in nearly as many movies as he should be anymore, which is one huge reason why Rock the Casbah is on our radar. Murray plays a music manager who can’t score a great act, and through a series of ridiculous events finds himself in Afghanistan attempting to get a teenage American singer to compete in a local competition.

Bryan Cranston goes back in time to inhabit the life of Dalton Trumbo, a screenwriter in the mid-1900s who was blacklisted after being accused of siding with the communists. John Goodman, Louis C.K., Helen Mirren and Diane Lane all star alongside Cranston.

For the first time ever, Pixar will be releasing two movies in a single year. After the success of Inside Out this summer, Pixar is hoping to follow it up with The Good Dinosaur, a tale about an alternate timeline where the dinosaurs were never wiped out by a meteor.

This one kind of came out of nowhere, but it has me intrigued. Jonathan Levine, director of The Wackness and 50/50, two well-received indie hits, is striking out in a new direction with a slapstick comedy starring Joseph Gordon-Levitt, Seth Rogen and Anthony Mackie (aka The Falcon).

The beginning of a new Star Wars trilogy. Helmed by J.J. Abrams, The Force Awakens will reunite Mark Hamill, Carrie Fisher and Harrison Ford while introducing moviegoers to a brand new group of heroes. Watch out, Jurassic World — box office records will likely be shattered once again.

After breaking out with Birdman, winner of the 2014 Academy Award for Best Picture, director Alejandro González Iñárritu is returning to theaters before the end of the year with The Revenant. Leonardo DiCaprio stars as fur trapper who has been robbed and left for dead by his companions. Looks like we’re in for a story of survival.