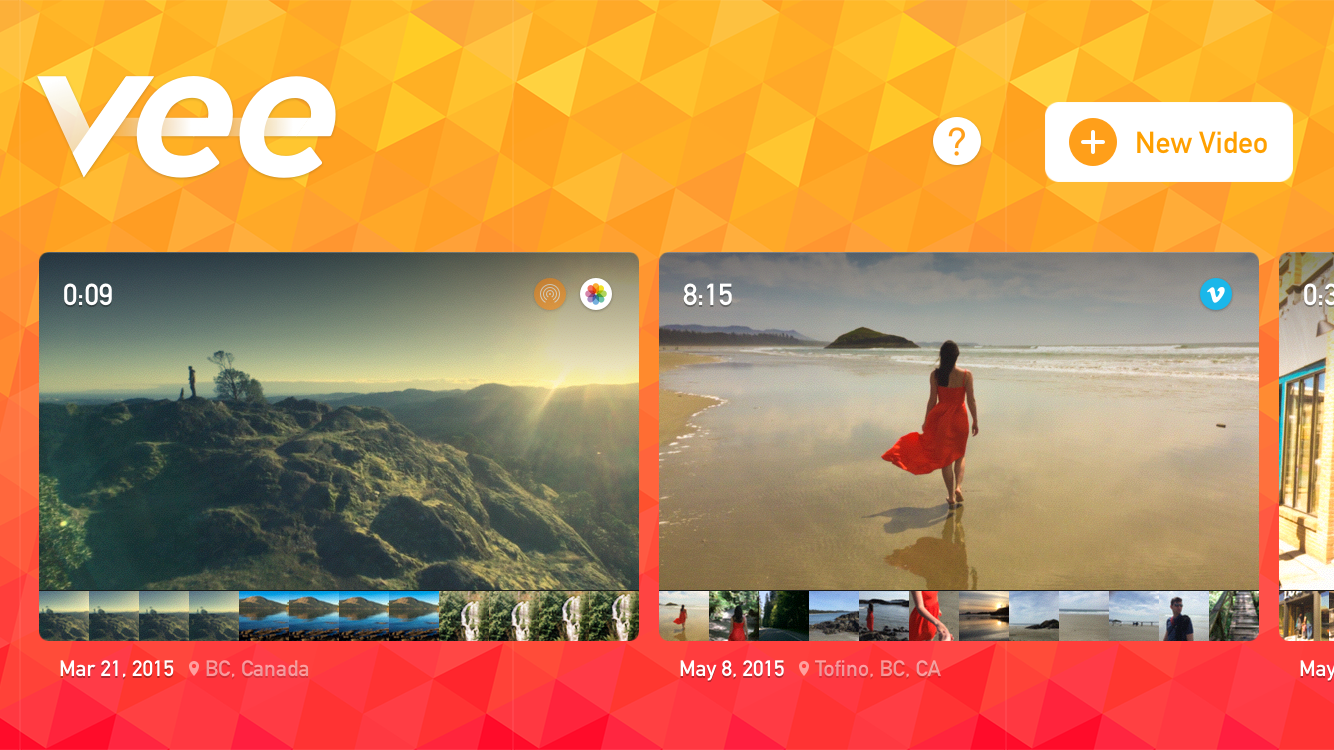 Third-party iOS camera app Camera+, which launched five years ago this month and brought a companion app to the Apple Watch this week, is known for its extensive suite of editing tools, filters, and settings that let shutterbugs customize and tinker with their images the way the pros do. Amid all that functionality, though, there’s one big feature that it doesn’t have.

FROM EARLIER: Fresh iOS 9 leak claims iPads are getting a feature Android tablets have had for years

The team considered the possibility of adding video at one point, recalls Camera+ co-founder Lisa Bettany, before deciding it would probably overwhelm the user experience. Better, they ended up deciding, to have an app that does one thing — in this case functioning as a combination camera and image editing tool — and focus on doing that well.

That’s also the reason Bettany and two other Camera+ developers, Scott Meinzer and Karl von Randow, revisited their interest in video two years ago and started building a standalone video editing tool — think Camera+, except for video. The result: Their new app Vee for Video, an iOS exclusive that arrives today in the App Store.

For Bettany, who first made a name for herself as a photographer and as a key member of the Camera+ team, the release adds another to a growing string of apps with her name attached to them. In addition to Camera+, which is now up to version 6.3 and adding new features with each release, there’s also MagiCam, a 2014 release that strips away some of the complexity of Camera+ to cater to users who want more of a one-touch, simpler experience. Towards the end of last year, she also released her first solo project – Poppets, a mobile game for iOS.

The game was a product of the app development company Bettany set up called CakeBytes Creative Inc. She’s started another company, Medious, which is behind Vee for Video.

“The important thing about (Vee) is it combines shooting video and editing in one seamless process,” Bettany tells BGR. “There are a lot of apps for editing video, a lot for shooting video, but we wanted to combine that in one place. You can work on a video project and add clips to it from the same screen without losing your place. Similar to Camera+, it gives people the ability to be creative and create more of a story, versus here’s a 5-second clip of something.”

The idea behind Vee, she goes on, is that a user can take a batch of clips and stich them together by using a simple editor that makes it easy to drag and drop clips, add filters, trim the clips and even add a soundtrack via the user’s iTunes library. Bettany says the team’s starting point was a belief that “shooting and editing on mobile is broken” – that editing has, in fact, been a secondary process instead of integrated into an application that also enables shooting video.

“I was shooting videos and never watching them again,” Meinzer said about why the team built Vee. “They just took up space in my camera roll, and I never went back and edited them, because it was too much work.

“We changed that with photos with Camera+ and made it so you could polish something easily from your phone and share it instantly. We wanted a way to share a story instead of just an individual clip. You never see a movie that’s just one shot going on forever. We wanted a way to do nice videos just to share with close friends and family, where the other well-done shooting apps were tied into social networks like Vine and Instagram and low-quality.”

Among its other features, Vee includes 18 live filters, lets users shoot up to 1080p in full HD and uses the device’s sensors to eliminate camera wobble. Touching the screen lets the user choose focus and exposure points, and Vee allows for sharing among all the major services at full resolution.

There’s also a feature that gives the user a kind of ghostly image of their last frame, which they can use to line up the next shot. And rather than having to wait while Vee exports a video, Vee will keep going in the background if the user wants to jump to another app.

“The greatest joy is to be able to create things I think people will love – that’s the beauty of creating apps,” Bettany says. “One of the biggest buzzes I get from the stuff I’ve done is when I see people create really cool things from an app I’ve created. People want to create something lasting. That’s the thing I don’t like about social media, the way it enables somebody to just throw things out there. The people who are really tapping into creativity and creating cool things – that’s what’s exciting about this, and hopefully it will be a good tool for that.”