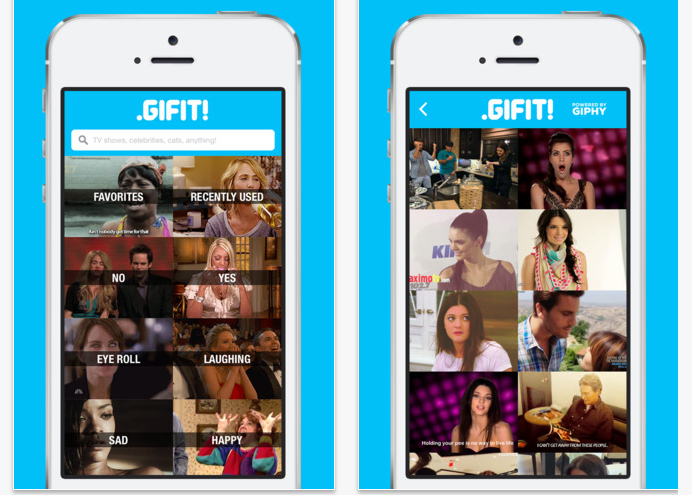 Here’s a new iOS app that will either delight your friends or make them want to murder you. Gifit, which went live on the App Store earlier this month, has cataloged “thousands and thousands” of GIFs and has made them searchable by several different topics, including the TV show they’re from, the celebrities they feature and even just the emotional reaction that they’re conveying. Once you find the GIF you’re looking for, you can send it in messages to your friends, which they’ll either find endearing or infuriating.

So for instance, if you’re looking for a GIF that shows you feel vaguely annoyed at something, you can do a search for “eye roll” and Gifit will retrieve every GIF in its collection that involves someone rolling their eyes. Similarly, you can find GIFs that express happiness and sadness or that simply convey a “yes” or “no” answer to someone.

Early reviews we’ve seen of the app on Reddit indicate that while it does what it says it will, it also delivers very slow loading times since it doesn’t offer static thumbnails for the GIFs that show up in search results. Another common complaint is that the app is delivering a lot of repeat GIFs in its search results, which is obviously a problem that the developer will want to work on for future releases.

Nonetheless, this is a free app and it couldn’t hurt to give it a shot. Learn more about it by clicking the source link below.