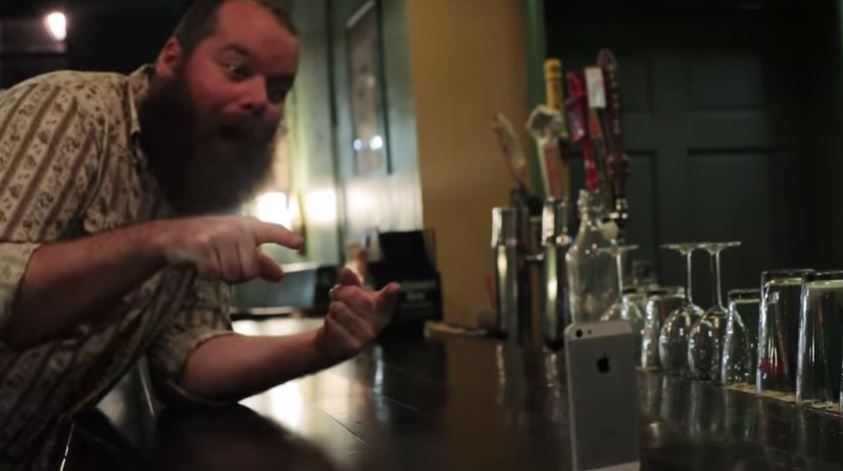 When it comes to taking photos, the iPhone 6 sets the standard on how great a smartphone camera can be. And for those of you who love taking great panoramic pictures, it gets even better: Cycloramic has just issued an updated version that’s specific to the iPhone 6 that will let you rotate the device around as it’s snapping pictures.

As you can see in the video, the app makes the iPhone rotate around on its own at a steady pace while you place it on a flat service. So if you’re in the real estate business, for example, this app will cut a lot of time out of your day from taking panoramic images of the interior of houses.

Does the Cycloramic app sound familiar? It should! Back in 2012, it was featured as a pitch to the investors on ABC’s Shark Tank. As you can see, it looks like the confidence from the people at Shark Tank has led to major success for the Cycloramic entrepreneurs.

Due to the iPhone 6’s new rounded edges, the newest version of the app is best used when you balance the iPhone 6 on the battery plug. If anything, it’s a bit easier to put it on the plug and not balance the phone. If you have the earlier versions if the iPhone 5, the phone will balance on its own without the help of a plug.

Learn more about Cycloramic for the iPhone 6 by going to its official website by clicking the source link below.