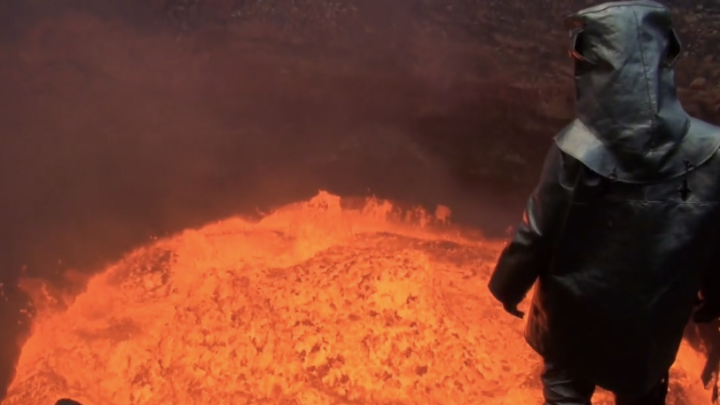 Ah, the miracles of GoPro cameras and their ability to give us first-person views of things we’d never otherwise experience. This latest GoPro video comes to us courtesy of the Marum Volcano Expedition, which sent some of its people to the tiny island of Vanuatu located in the South Pacific Ocean to film some very-up-close footage of an active volcano.

As you can see in the video, expedition members are flown by helicopter to the top of a volcano where they slowly descend into the crater where they come very close to the hot magma that’s roiling below. While down there they pick up freshly deposited lava rocks that are still glowing after being spat out of the magma and they take some incredible footage from the very rim of the volcano.

The entire video is worth watching and can be found below.

Diving into an Active Volcano from Sam Cossman on Vimeo.