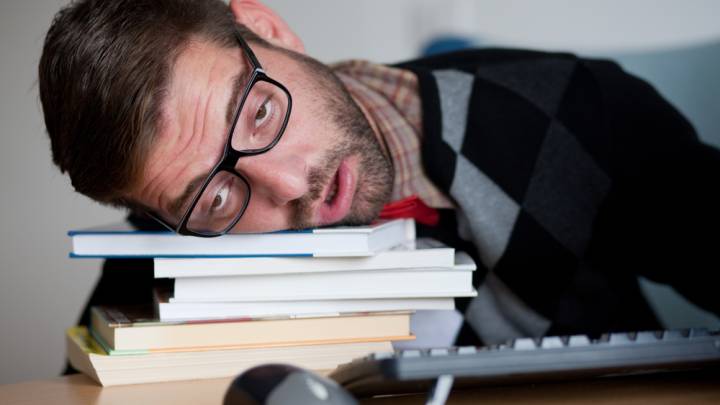 It’s Friday afternoon, it’s gorgeous outside, and you’re sitting at your desk staring out the window. It’s agonizing. To be perfectly honest, you’re probably not going to get anything done for the rest of the day anyway. So why fight it? Stop wasting your time stalking your friends on Facebook. Take off… that’s what summers are for.

Feel free to mix things up with an exploding water heater.

Sometimes the gas station sushi up the block is calling your name. Make sure you dab some water around your brow to really sell this one.

Don’t you hate it when you’re having work done on your home and the contractor calls to tell you he’s run into a serious problem?

It’s your anniversary and you want to beat your wife home so you can set up a nice surprise. What kind of heartless boss would say no to that?

You don’t have to pretend your kid is sick to leave work early — what if he or she just missed the bus?

Your significant other is away on a business trip and the school will only release your child to a guardian. Sorry, boss.

Your neighbor promised she would be home between 1:00 p.m. and 5:00 p.m. to let the delivery men in with your new couch. But, wouldn’t you know it, his kid missed the bus and he has to go pick her up at school!

When your dog walker calls and says poor Fido has the flu or ate something he shouldn’t have, no one can stop you from getting him to the vet as soon as possible.