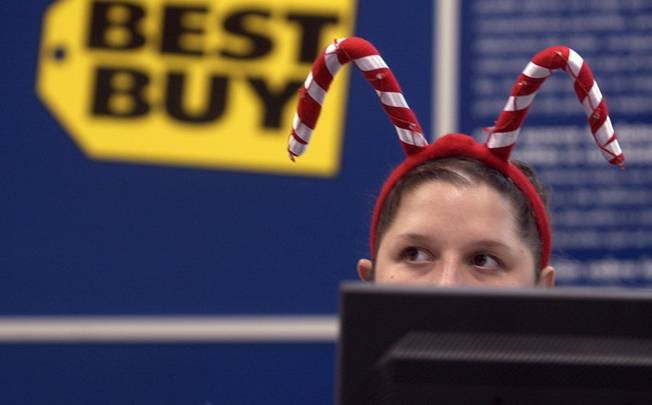 Amazing as it may seem, Black Friday and Cyber Monday are both a little more than a month away. To get us all prepped for the holiday shopping season, Best Buy on Thursday released a survey of roughly American 2,000 consumers that revealed the 15 most wanted tech Christmas gifts for 2015. It shouldn’t be surprising that Apple products accounted for three of the top 15 most wanted but Samsung and Microsoft can also be happy with how their products performed.

Apple’s iPad is the No. 1 most wanted tech Christmas gift, while the new MacBook checks in at No. 3. The Apple Watch, Apple’s newest device form factor, doesn’t hit the charts until the No. 12 slot, where it’s right behind Vizio’s 43-inch Smart 4K Ultra HD TV. That said, the Apple Watch is the only smartwatch to even make the list at all, which just goes to show you how little interest there is in smartwatches right now.

You may be asking yourself, “But where are the smartphones?” The answer is that buying phones as Christmas gifts is somewhat tricky given the assorted subsidies, service contracts and other factors that come with buying a new smartphone.

The full list of the 15 most wanted tech Christmas gifts follows below.