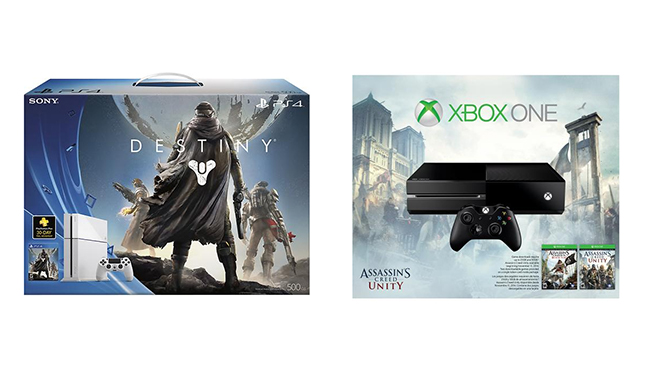 Let’s say you missed all the Black Friday deals last month and you didn’t pay attention during all the subsequent sales events, but you still want to pick up a new console before the end of the year.

Best Buy has you covered.

Starting this Friday, Best Buy will be offering deals on both the Xbox One and the PlayStation 4 which should save you some money.

Xbox One consoles and bundles are still marked down to $349.99, but Best Buy will also throw in a $50 gift card if you purchase the console on BestBuy.com before January 3rd. You can also buy an Xbox 360 console during the same time frame and get a $30 gift card.

As for Sony’s console, Best Buy now has the PlayStation 4 Destiny Bundle on sale for $399.99 ($50 off its suggested retail price). This offer in available in-store and online, but act fast, because it’s going away on December 27th.

These are the best deals of the season, but considering the fact that Hanukkah has already begun and Christmas is a week away, this might be your best chance at getting a current-gen console at a discounted price before the end of the year.