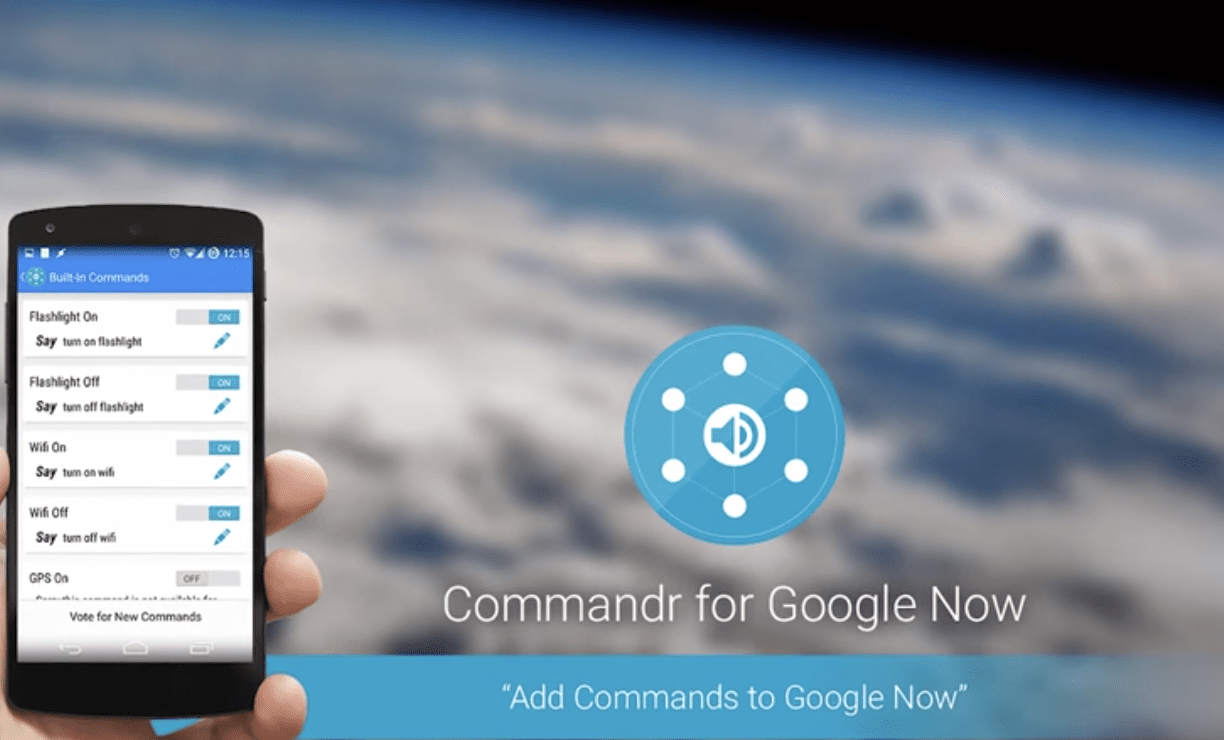 Google Now is already an incredibly useful Android feature that can give you tons of useful information before you even think to ask about it. And now an app called Commandr has come along that promises to make Google Now even more useful by adding even more new commands than the ones it already offers.

As of its most recent update, Commandr will let you use Google Now to control your phone’s flashlight, to toggle your phone’s settings, to turn most of your smartphone’s data connectivity radios off and on, and to control your music playlists, among many other features. One great part about this app is that it will work even when you don’t have a data connection so it can be used anywhere you go. Just as impressively, the app won’t at all require you to root your phone, which means it should be easy to setup for newbies and experienced Android users alike.

Commandr is always adding new commands to its roster and its developers say that it will soon add commands for reading your unread Gmail messages to you aloud, for launching Waze to help you with navigation and for turning on your phone’s Wi-Fi hotspot feature.

To learn more about Commandr and download it onto your Android phone, be sure to click the source link below.