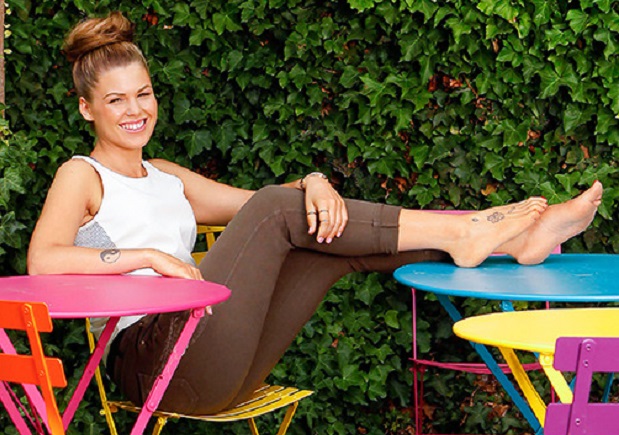 Getting an iOS app onto one of the App Store’s top lists often yields developers hundreds of thousands of dollars over the course of a few months. If you’re especially lucky, that figure can easily creep into the million dollar range.

Consequently, developers have been known to pull all sorts of crazy stunts to direct more attention to their apps, from shady SEO tactics to unbearably aggressive marketing campaigns. But one iOS developer out of Australia recently took things to an abhorrent level when she pretended she had cancer in order to generate more publicity, and in turn money, for her iPhone app.

Over the past two years, wellness blogger Belle Gibson spoke openly about having terminal brain cancer and was quick to talk to anyone who would listen about how she was able to cure her illness via a 1-2 punch of healthy eating and natural alternative therapies. And whadyaknow, Gibson just so happened to have an iOS app dubbed The Whole Pantry that was even featured on Apple’s Apple Watch apps page.

“No. None of it’s true,” Gibson confessed during an interview with The Australian Women’s Weekly. As it turns out, Gibson admits to not even knowing how cancer works.

In addition to leveraging her seemingly incredible story into a popular iOS app, Gibson, now 26, also managed to attract hundreds of thousands of fans and followers across various social networks. Indeed, her story helped catalyze what many categorized as a wellness empire, complete with a book deal and more. Her story, however, began to crumble after she failed to donate $300,000 in App Store profits to charity as she initially promised.

Naturally, the criticisms leveled at her in the wake of her fall from grace have been particularly harsh.

The recent controversy has put Gibson in a difficult financial position. Penguin Australia has stopped supplying her book and Apple have dropped her app.

She has returned her rental car and will soon move out of her beachside home. Accountants have been instructed to give any leftover funds to the charities Gibson pledged money to.

Gibson says the public backlash against her has been “horrible”.

“In the last two years I have worked every single day living and raising up an online community of people who supported each other … I understand the confusion and the suspicion, but I also know that people need to draw a line in the sand where they still treat someone with some level of respect or humility — and I have not been receiving that.”

While some are quick to label Gibson a con artist, others have taken a more tempered view, suggesting that she has some deep-seated psychological problems that need to be addressed.