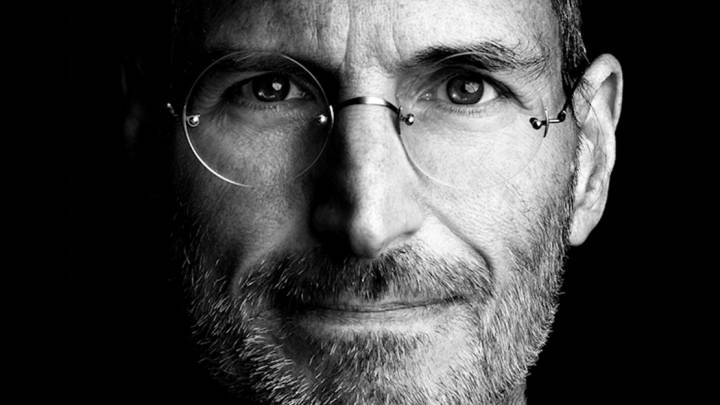 Some of Apple’s highest-ranking executives, including CEO Tim Cook and senior vice president Eddy Cue, among others, have been lavishing praise on “Becoming Steve Jobs” in the run-up to the release today of the new biography of Apple’s co-founder.

That’s because this new take on Jobs’ life and times tries to smooth some of the edges of his personality that Walter Isaacson’s biography, released in the immediate aftermath of Jobs’ death in 2011, put on full display for readers. The resulting portrait is of a man at times prickly, caustic, acerbic – no surprises there – but also immensely likeable when he wanted to be, as well as quick with acts of selflessness and generosity.

It was back in the spring of 1995, when the Lasseters had invited the Jobs family to their home in Sonoma, around the time Jobs was pondering an IPO for the animation studio. Once the kids as well as Jobs’ wife Laurene were asleep, Jobs stayed up until four in the morning explaining stock options to Lasseter and his wife.

The next morning, according to “Becoming Steve Jobs,” Jobs and Lasseter sat on the porch, taking in the view – a view that was marred (for Jobs, anyway) by the sight of Lasseter’s 1984 Honda Civic, which had some 210,000 miles on it.

The paint was sunburned off, Lasseter recalls. He’d also put T-shirts over the worn-out seats.

Lasseter acknowledged it was.

Lasseter admitted he couldn’t afford a new set of wheels at the moment. He’d just bought a new house that was already stretching his budget. Jobs, undeterred, told him, “Okay. We’ll figure something out.”

Fast forward to the next time Lasseter got his paycheck. It included a small bonus. Jobs told him he had to use it to buy a new car, with the stipulations that “It has to be safe, and I have to approve it.”

Lasseter and his wife picked out a Jobs-approved Volvo.

There are plenty of other moments that like that in the book, quiet vignettes from Jobs’ life like the time one of the book’s writers ran into Jobs one day and together they ended up shopping for a bicycle for Jobs’ wife’s birthday.

They headed into Palo Alto Bicycles on University Avenue. They didn’t stay long – Jobs had done his research, knew what he wanted. But the book makes clear it was important to him that he actually buy the gift himself, as quick a task as it turned out to be. “I’d never have Andrea do something like this,” Jobs says in the book, referring to his assistant. “I like buying presents for my family myself.”

Other parts of the book, meanwhile, magnify elements of Jobs’ personality that are already well-known, like his near-mania over the smallest of details about the way products are designed.

One such take on Jobs’ attitude about design is offered by Microsoft co-founder Bill Gates:

“He had an expectation of superlative things in his own work and in the products they would create … When I get to a hotel room, I don’t go, ‘Oh, this bedside table is so poorly designed, look at this, this could have been so much better.’ When I look at a car, I don’t say, ‘Oh, if I had designed this car I would have done this and this.’ People like Jony Ive and Steve Jobs are always looking at stuff that way. You know, I look at code and say, ‘Okay, this is architected well,’ but it’s just a different way of understanding the world.”

Indeed, Jobs had a very different way of understanding the world, an outlook that was sharpened and refined during his failure at Apple, his wilderness years at NeXT and Pixar, and his triumphant return to Apple that saw him lead the team on an unstoppable run of product success.

“Becoming Steve Jobs” especially shines when it serves up opportunities to get a fresh look at Jobs’ passion for always sticking to the intersection of technology and the humanities that animated his work. For articulating a vision beyond making products that focused instead on the company’s reason for being.

Later on after helping Lasseter buy the Vovlo, for example, the book recounts how Jobs and Lasseter enjoyed a dinner at Kyo-ya, a Japanese restaurant in San Francisco’s Palace Hotel. It was a few weeks before the animation studio’s IPO. After they finished, both men stood outside on the curb, talking at length.

“I was telling him I was nervous, that I was kind of scared of the IPO,” Lasseter recalls. “I wished that we could wait for the second movie.”

Jobs responded with a typical dose of his rally-the-troops optimism:

Lasseter continues, “And he did that thing, where he kind of looks off, and he said, ‘You know, when we make a computer at Apple, what’s its life span? About three years? At five years, it’s a door-stop. But if you do your job right, what you create can last forever.’ ”

“Becoming Steve Jobs” is now available for purchase from Amazon and other retailers.