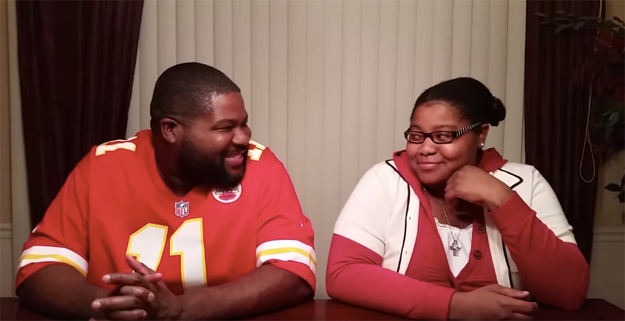 You KNOW something is impressive when YouTube commenters can’t even figure out a way to troll it. Seriously… when is the last time you saw a comments section on a popular video that wasn’t just riddled with trolls? In the case of Nicole Paris’s latest video, all you’ll find is a bunch of well-wishers trying to piece together what remains of their blown minds.

Now, it’s time for you to join them.

Nicole Paris’s father is a great beatboxer. Of that, there is no question. There is also no question that his apprentice has taken everything he taught her and elevated it to a level that might make Rahzel run home and cry.

Paris’s father is a good sport. He gives it his best shot in the first round. A slip up in the second round cut his performance short though, but it was probably for the best. You’ll see why at the 2-minute mark.

As ruthless and savage as his beating was, we have a feeling Nicole’s father is going to be OK. Just look at the pride on his face — at about 2:29, he couldn’t even contain himself anymore.