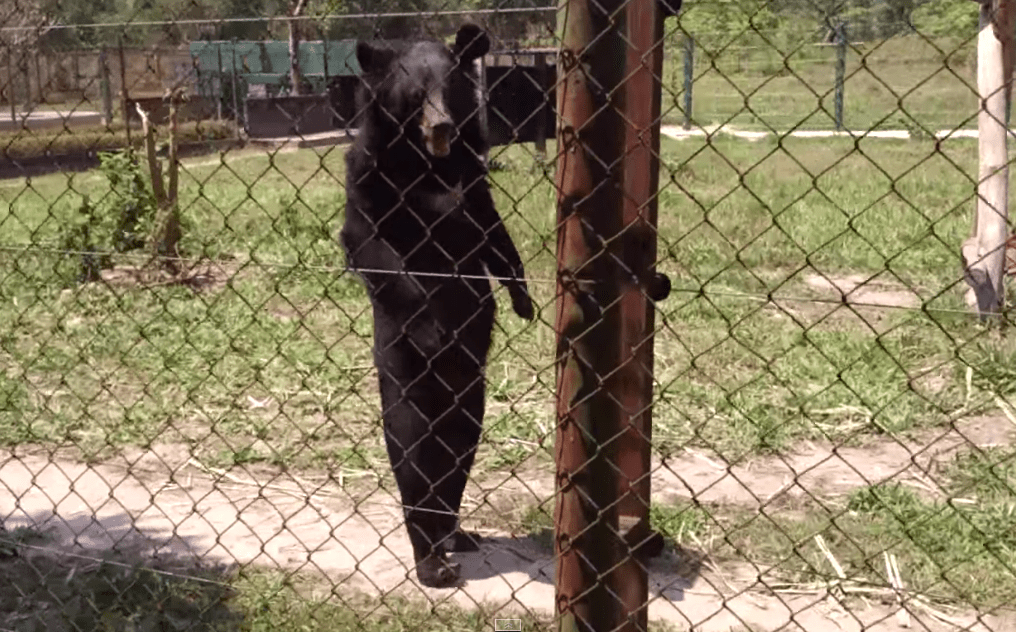 Remember when the Internet completely freaked out for a day because it couldn’t decide on the real color of a photographed dress? Well something very similar is happening this week, although thankfully it’s not yet on as big of a scale. Business Insider points out that one hot debate going on Reddit right now is whether a video posted on YouTube last month shows an actual bear walking upright or whether it’s just a guy in a bear costume.

Here is the video in question:

My first instinct was to say this is obviously a guy in a bear suit. While I’ve seen footage of bears walking upright before, the way that this bear walked on just two feet seemed far too natural to be an actual bear. What’s more, the bear seems much skinnier than your typical bear does and its head seems out of proportion with the rest of its body.

However, The Daily Mail has learned that it actually is a bear that was malnourished for a while in captivity, which explains why it’s so thin and why it can more easily walk on two legs compared to most bears.

“With his smaller and malnourished body, it is easier for him to stand on his hind leg because his spine can support his light body weight,” explains Eliza Jinata, a wildlife vet who filmed the video and talked about it with The Daily Mail. “Standing up and waiting for food slowly became a habit which he does on a daily basis now.”