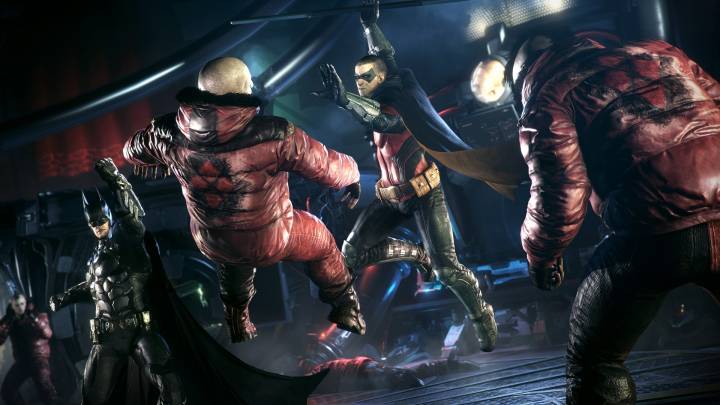 One of the best things about the Batman Arkham series is the option to play as characters other than Batman himself. In Arkham Asylum, the Joker was playable in a limited capacity for a few downloadable challenge maps, but Rocksteady Studios took the concept a step further in Arkham City by letting the player control Catwoman, Robin and Nightwing.

DON’T MISS: Call of Duty: Black Ops 3 flings the series even further into the future

Today, in the latest trailer for Arkham Knight, Rocksteady has announced the new “Dual Play” mechanic, which will let players switch seamlessly between Catwoman, Robin and Nightwing “in free-flow combat.” In other words, you can throw a punch with Batman and then charge in with Robin before the enemy has even hit the ground.

Whether or not this functionality will extend throughout the entire campaign or be relegated to certain section remains to be seen. We’re seriously hoping for the former.

Batman: Arkham Knight will be available for PS4, Xbox One and PC on June 23rd.