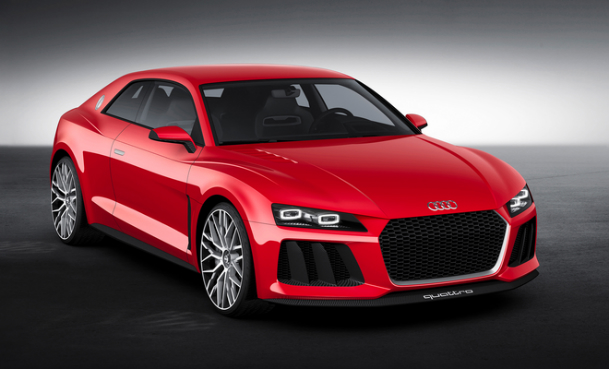 Audi at CES 2014 unveiled its Sport quattro Laserlight concept based on the classic 1983 Sport quattro, but filled with plenty of new tech innovations. The dual laser headlights may be the car’s most interesting feature, at least from a tech perspective, being described by an exec as Audi’s “technological spearhead” during the company’s press event. The laser diodes are said to illuminate the road for a distance of up to 500 meters, with the high-beam having twice the light range and three times the luminosity of LED high-beam lights. The software can manage LED lights individually in order for oncoming cars to not be affected by the Sport quattro’s Laserlight system.

Furthermore, the hybrid car can deliver 113 mpg performance thanks to its hybrid bi-turbo 4-litre 552 hp engine combined with a 110kW electric motor. The Audi Sport Quattro Laserlight also features a smart cockpit that makes use of an NVIDIA Tegra 3 processor to deliver 3D graphics on a high-resolution display when showing various information including speed dials, navigation maps and even media lists. Audi has partnered up with Google and other automakers to form the Open Automotive Alliance, which may bring Android features to future Android cars.

The following video shows how the light system of the Sport quattro Laserlight is supposed to work.