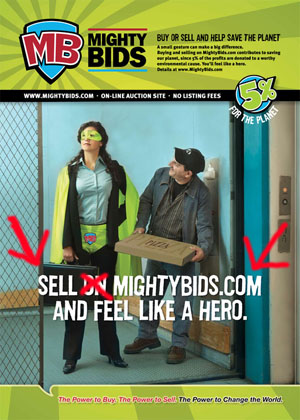 It’s the kind of irony that one who likes to laugh can only dream about. It would be like Michael Knight being killed in a car crash. In a weird twist of fate, auction site mightybids.com is hanging it up and selling itself. On eBay. The idea for their site was actually formed when Peter Michaud (who was making his living selling art on eBay), got fed up with the mega-auction’s listing fees. Mightybids.com has been his full-time job for the past four years, but says it was all coming to an end. “We’ve taken it a long way and now it’s just time to move on to a new project,” he told the AP. We were surprised when the auction didn’t show up on eBay when we did a search for “OWNED!”