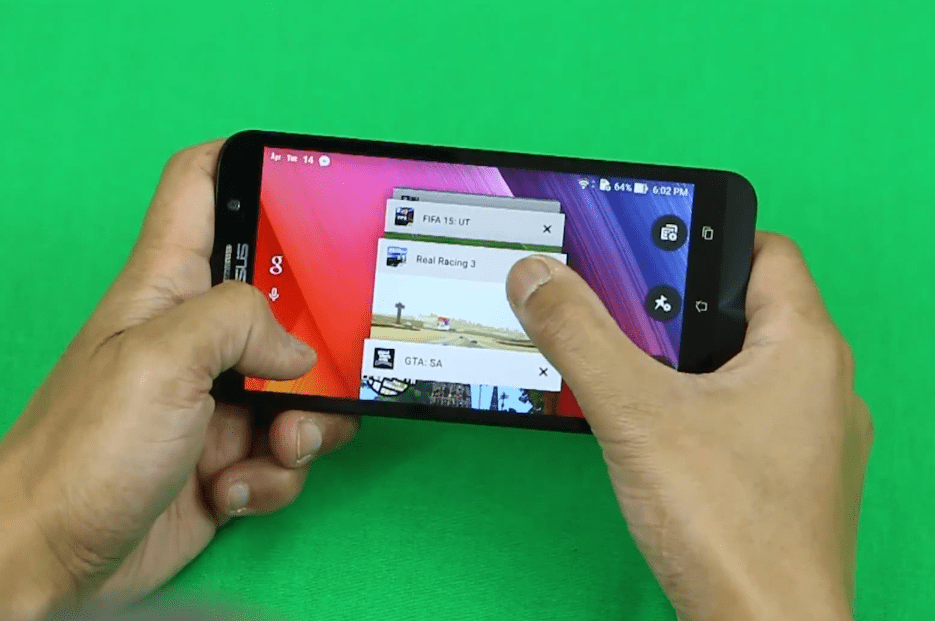 It seems like every year we see hot new hardware promise killer specs that will change the way we use our smartphones. While these specs are often over-hyped, it actually does look like smartphones with 4GB of RAM will allow us to do things on our phones that we never could do before, such as have multiple graphics-intensive games open and running at the same time.

Android Authority points us to a new video posted by YouTube user L BS that shows how it’s possible to have several games running on the new Asus Zenfone 2 at once, thanks in large part to the device’s 4GB of RAM. And these games aren’t Candy Crush Saga or Angry Birds, either — we’re talking Grand Theft Auto San Andreas, Real Racing 3, FIFA 15, and N.O.V.A. 3.

What makes this so impressive is the way the user is able to flip through all these games and immediately start playing them without lag, almost like he’s flipping through browser tabs. If anyone had told you back in 2008 that within seven years Android devices would be capable of playing multiple console-quality games at once, you’d have thought they were crazy.

Check out the full video of the Asus Zenfone 2 in action below.