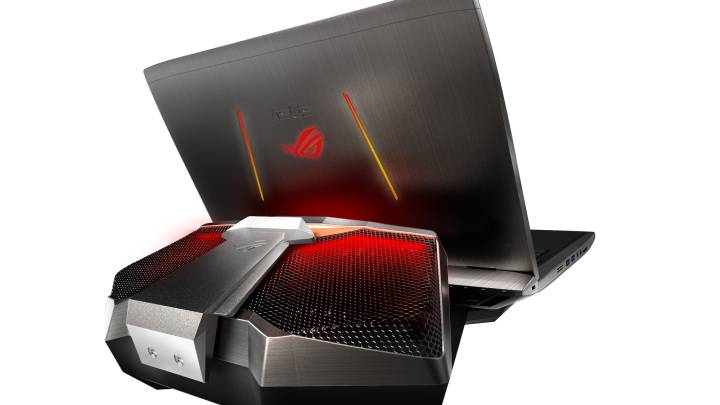 As the proud owner of a powerful and unwieldy Republic of Gamers laptop from Asus, I can say that the extra heft has been worth the ability to play the latest and greatest games over the past few years on the highest settings. But as difficult as my laptop is to lug around, I don’t think it even begins to compare with this monster.

READ MORE: Every single one of the 36 new products Lenovo just unveiled

On Wednesday at IFA 2015, Asus announced the latest addition to its ROG lineup: the GX700. It’s powered by an overclockable quad-core Skylake Intel K-series processor, features a 17-inch 4K display and comes with an additional unit to keep it all cool.

Asus hasn’t released all the details yet, but PCWorld assumes that the water-cooling unit will be detachable to allow users to bring the laptop with them without having to carry around an extra suitcase everywhere they go.

Regardless, if portability is important to you, the GX700 probably isn’t going to be your next laptop. On the other hand, if you’re looking for a laptop that can handle anything you throw at it for the next few years, the ROG series has always been competitive in an increasingly crowded field. I wouldn’t be surprised to see the GX700 hit the same standard.