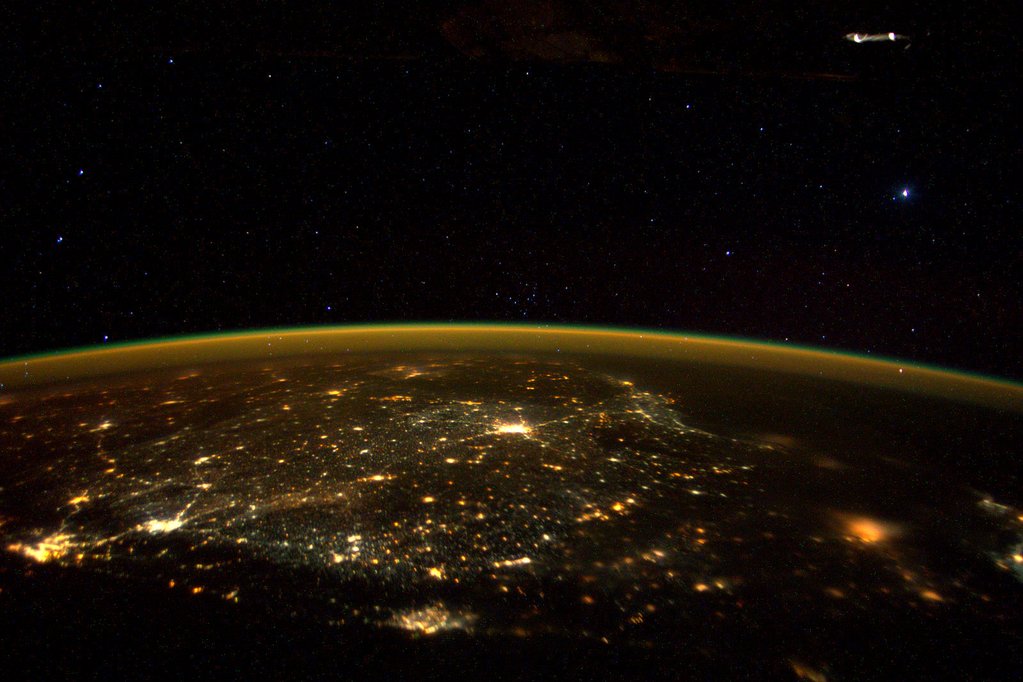 The truth is out there … maybe. A photo tweeted by astronaut Scott Kelly is generating plenty of extraterrestrial buzz.

Kelly, who recently broke the U.S. record for most days in space, tweeted the picture taken from the International Space Station Sunday.

An apparent ‘object’ in the top right hand corner of the image has piqued the interest of UFO hunters such as sonofmabarker. “In the upper right of the photo you can clearly see a large object with two lights on each end. It also appears to be very large and constructed,” he wrote, in a post accompanying a YouTube video on the image.

In a blog post on the UFO Sightings Daily website, Scott Waring also weighed in on the image.  “Scott Kelly likes to send out photos of the view from the windows of the space station … and they look cool,” he wrote. “This one however has a cigar shaped glowing UFO with a metallic body in it.”

Waring notes that that the mysterious object is about 82 feet long and between 492 and 981 feet away. “It looks like Scott was trying to hint at the existence of aliens. Message received Scott, and thanks.” he added.

Related: Time to clean up all that space junk, says NASA chief

The object, of course, may be a reflection in the Space Station’s window, or even a piece of space debris.  NASA Administrator Charles Bolden, for example, recentlywarned that too little is being done to remove debris from space,

An object that appears in the right hand corner of an image tweeted by Kelly Thursday is also generating buzz.

NASA has not yet responded to a request for comment on the images from FoxNews.com

What do you think the ‘objects’ are?